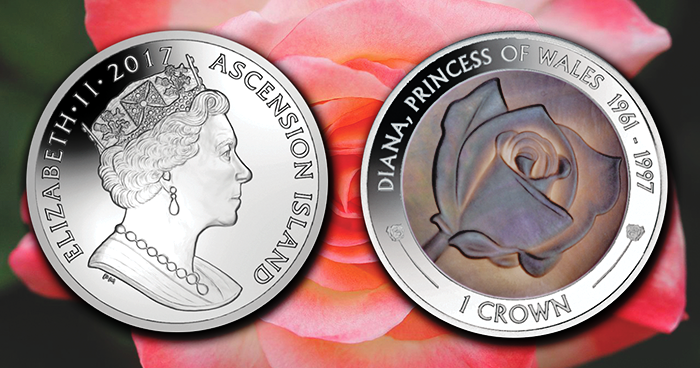 The government and treasury of Ascension Island have issued (15th August) new coins which pay tribute to Diana, Princess of Wales, whose tragic death 20 years ago stunned the world and brought a nation into great mourning for a beloved member of the British royal family. 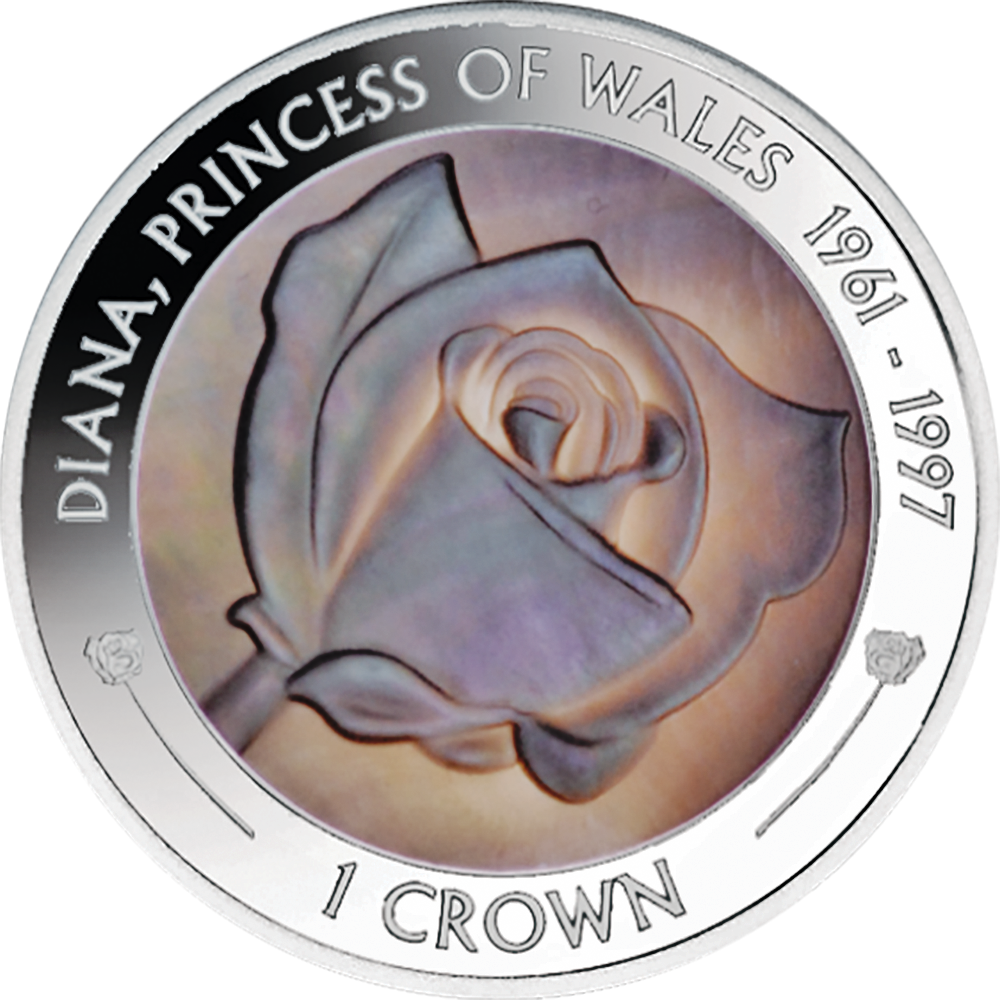 Above, the silver coin with mother-of-pearl inlay; below, the virenium coin. (Hover to zoom.) 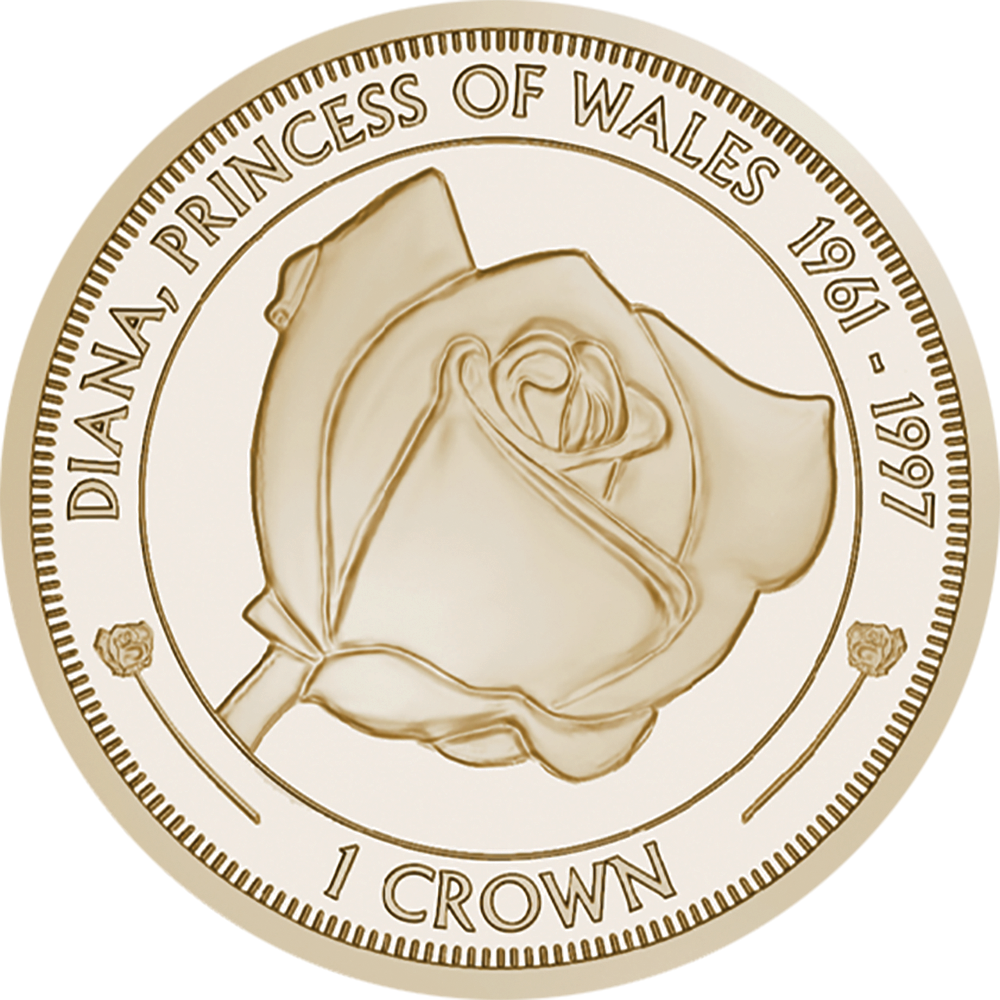 The coins are produced by the British Pobjoy Mint on behalf of the treasury of Ascension Island and are issued in pure gold, pure silver, and virenium with a special mother-of-pearl inlay. The gold and silver coins are also issued as piedfort versions in very limited number. The reverse design depicts the hybrid tea rose, a delicate blend of cream and blush pink with darker pink at the very outer edge of each petal. The rose was named after the Princess, as she was often referred to as “England’s Rose.” Above the rose is the inscription DIANA, PRINCESS OF WALES 1961 – 1997. Below is the coin’s denomination, 1 CROWN—or in the case of the gold coins, 1/2 CROWN. 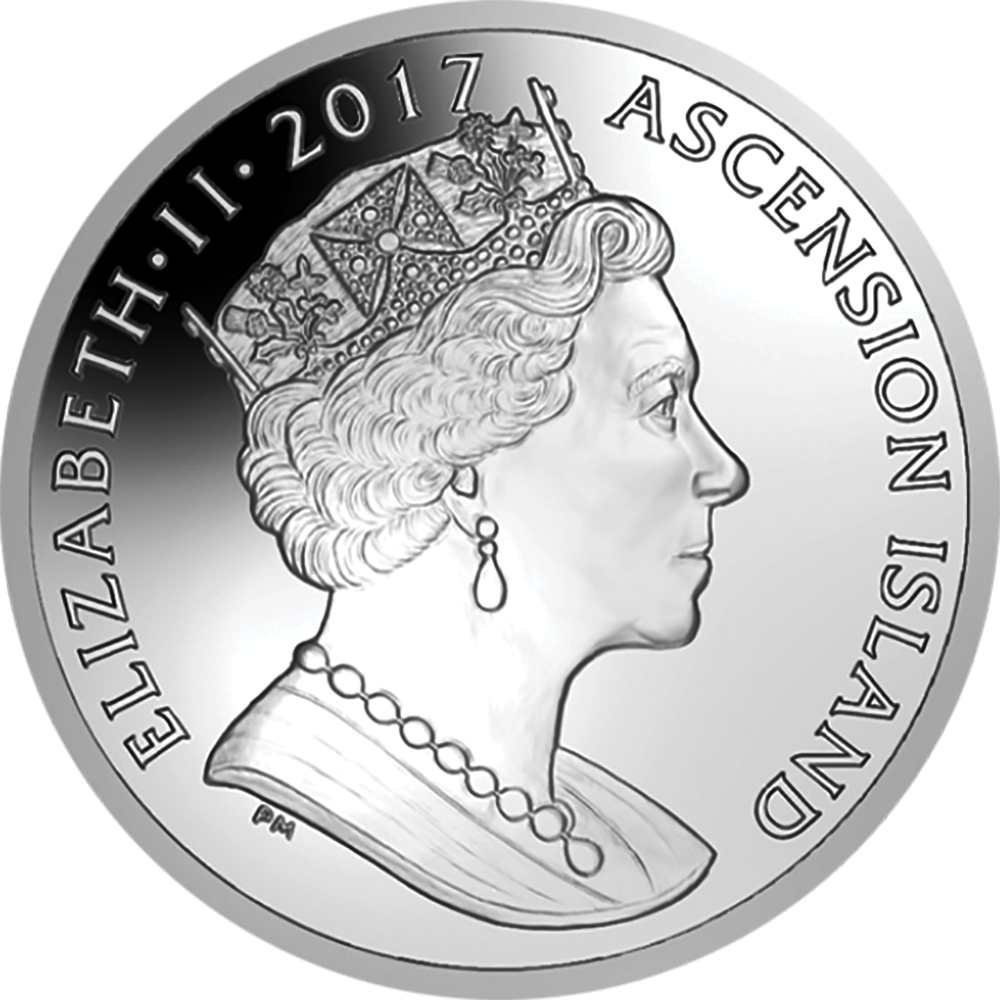 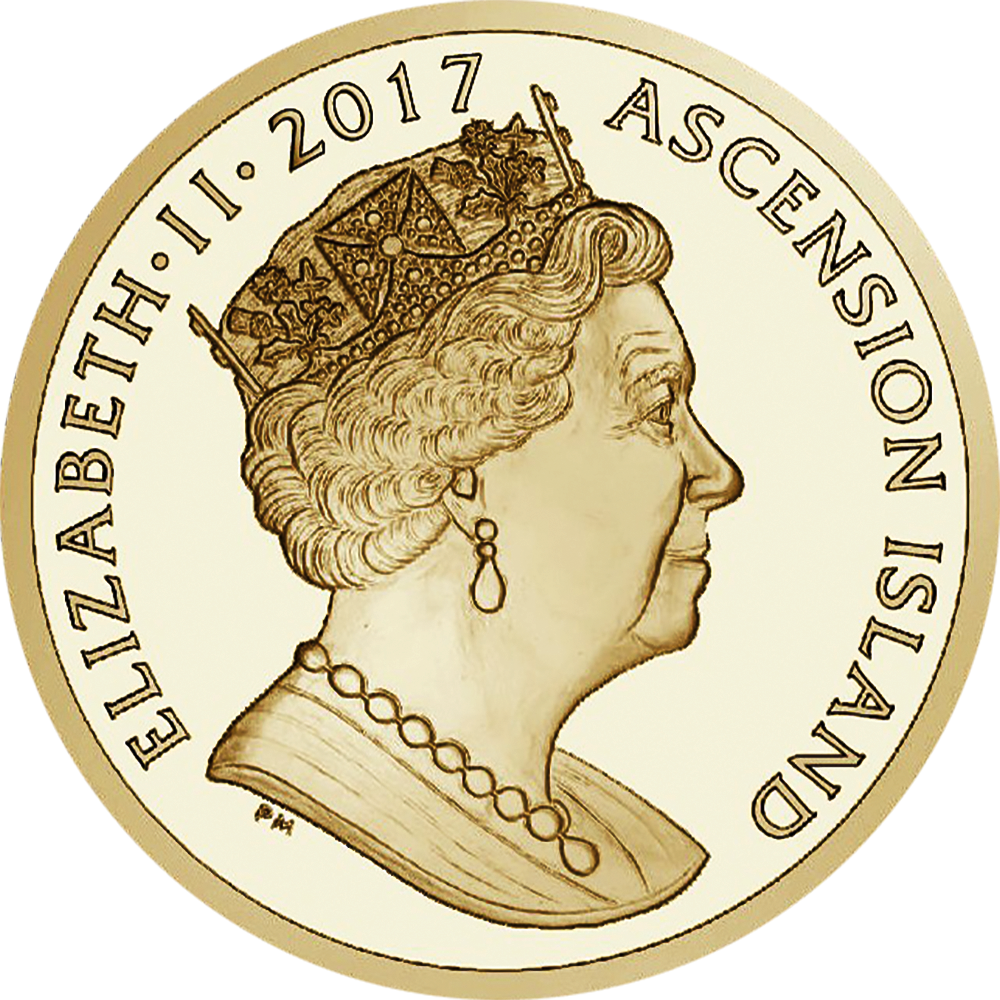 The obverse features an effigy of HM Queen Elizabeth II which is an exclusive design to the Pobjoy Mint. The effigy is struck in high detail. 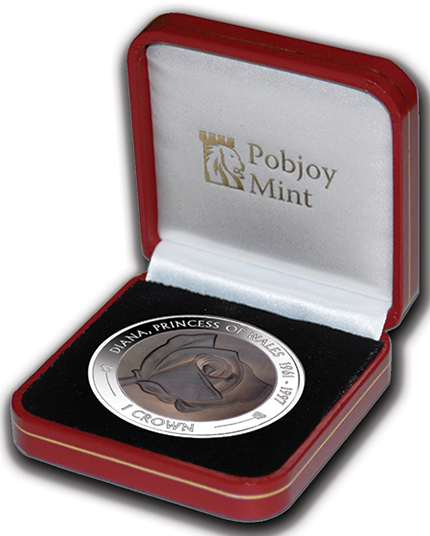 The mother-of-pearl inlay is achieved by striking an indentation into the coin and fixing an intricately carved piece of mother of pearl in the shape of the rose into the cavity. The colour of the mother of pearl is unique to each coin and features a mixture of different colours and patterns. The ordinary silver crown is struck as a piedfort coin with high-relief detail. The gold half crown is also struck as a piedfort example with high detail. The Diana Rose Fine Silver coins are shipped in an acrylic capsule for protection and housed in a custom red box with a certificate of authenticity. The virenium coins are dispatched in a plastic blister-pack held in a colour card. For more information on this and other coins issued by the government and treasury of Ascension Island, please visit the website of the Pobjoy Mint.

The fairytale romance of Lady Diana Spencer and Prince Charles raised even more worldwide interest in the United Kingdom’s royal family. Lady Diana Frances Spencer, daughter of Edward John Spencer, 8th Earl Spencer (1924–1992), was the earl’s youngest daughter and third child. Speculation had grown in the early months of 1980 that the Prince of Wales was getting serious with the beautiful young lady he had been seen with on several occasions. The paparazzi had intensely followed Lady Diana for weeks leading up to the official announcement that they had become engaged on the 14th February 1981. The date of their wedding was announced soon after and in just over three weeks after Diana’s 20th birthday, on the 29th July 1981, millions crowded the London streets to catch a glimpse of the couple before they exchanged vows at St Paul’s Cathedral. Internationally, the televised event was seen by more than two billion viewers.

Coin Update sponsor APMEX is a resource for collectors of coins pertaining to the British royal family.

In the early years of her marriage, Diana appeared a shy, private member of the British aristocracy. However, her grace, nobility, and natural warmth towards people won the hearts of the nation, and she soon blossomed into the people’s princess. She quickly became an active member of the royal family by taking on an abundance of royal duties and appearances—much to the delight of her adoring public, exhibiting an empathy and concern for all those causes she supported. Seen as one of the most stylish and fashionable young ladies in public life, Diana became the most photographed member of the royal family, eclipsing even the Queen herself in terms of media coverage. The couple became parents to two sons: Prince William, born 11 months after his parents’ wedding, and Prince Henry, born in 1984.

By the late 1980s, it had come to the attention of the country, and ultimately the world, that the fairytale marriage of the royal couple had soured. This owed to the Prince of Wales’s continuing adulterous relationship with his former love interest in addition to the princess’s own infidelity (both of which were admitted to in later televised interviews). A separation was announced in 1992 and a divorce was granted to Charles and Diana in 1996. Suggesting further estrangement from the royal family, Diana’s status as a Royal Highness was rescinded, but her title as Princess of Wales remained as she was the mother of a future king—Prince William.

The world was stunned to learn that in the late evening of the 30th August 1997, the princess had been in Paris with her companion, Dodi Fayed, and ended up in a fatal car crash. Her death was announced in the early morning hours on the 31st August—leading the country, as well as much of the world, to mourn her untimely death. Hundreds of thousands of flowers were laid at the gates of Buckingham Palace and at Kensington Palace, her home in London. A million mourners lined the route of her funeral procession from Kensington Palace to Westminster Abbey on the 6th September 1997. Most wept or watched in silence as the gun carriage passed carrying Diana’s coffin. Many applauded their beloved Diana, and thousands threw flowers onto the carriage and hearse as it drove her coffin back to her ancestral home of Althorp, Northamptonshire, where she was laid to rest.