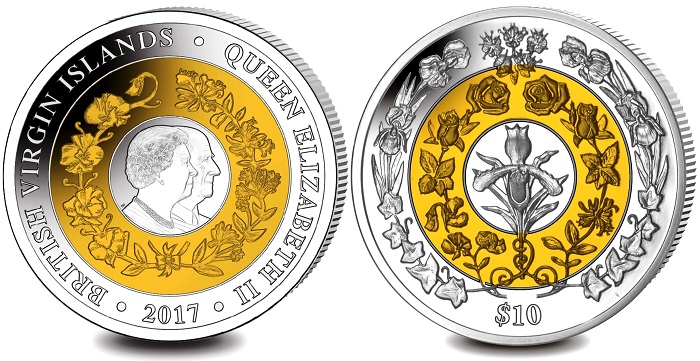 The government and treasury of the British Virgin Islands have issued (24th October) a new and unique coin in celebration of an extraordinary anniversary, which will be observed on the 20th November within the British royal family. On this day, Her Majesty Queen Elizabeth II and His Royal Highness Prince Philip, the Duke of Edinburgh, will have been married for 70 years — this is a milestone anniversary never before reached by a reigning sovereign and consort in England or the United Kingdom.

HM Queen Elizabeth II and HRH Prince Philip have had an astonishing life together and have dedicated their lives to the duty of monarchy in service to both nation and commonwealth. The couple first met at the Royal Naval College in Dartmouth in 1939 when the Queen was just 13 years old. They both began exchanging letters before eventually becoming formally engaged in 1947, following the Queen’s 21st birthday. The royal pair married later in the same year and on the 20th November this year, 70 years later, the royal couple will celebrate their platinum wedding anniversary. Princess Elizabeth was crowned just five years after their wedding, following the death of her father, King George VI, who died aged only 56. Although the transition changed their lives forever, the couple has always approached their royal duties with a sense of humour and affection for each other that, over the decades, has been a testament to their enduring love. 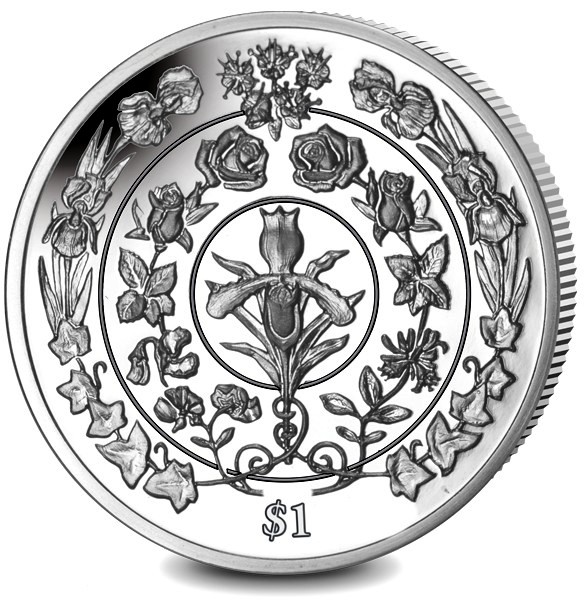 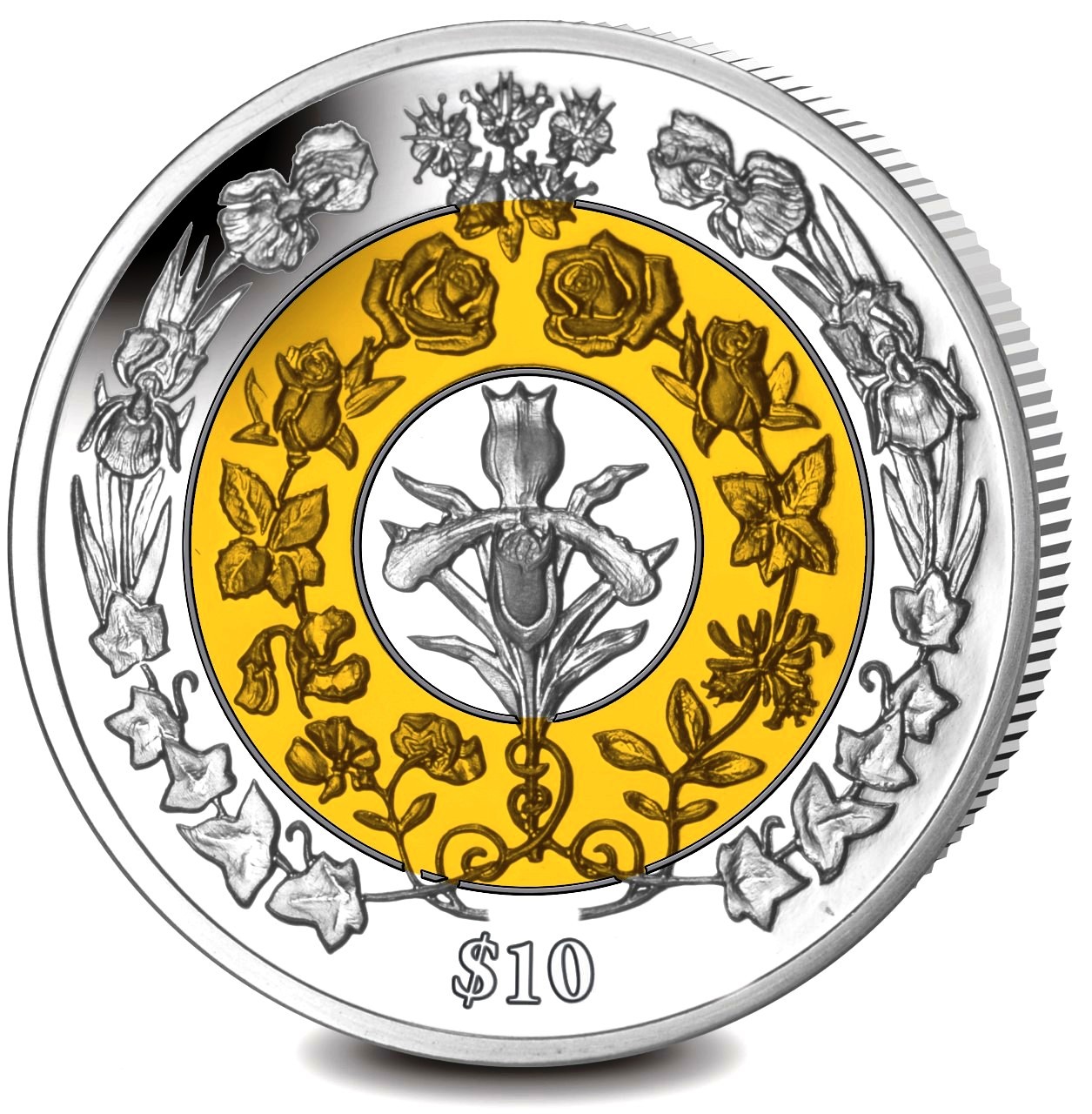 This special collector’s coin is produced by the Pobjoy Mint, United Kingdom, on behalf of the treasury of the British Virgin Islands, and integrates a tri-colour concept within a three-ringed design. The reverse side of the coin has a great amount of personal significance, which includes many depictions of flowers. Every flower in the design relates to HM Queen Elizabeth II and HRH Prince Philip’s milestone wedding anniversaries together. The .999 silver version of this beautiful coin is plated in two additional and different metals. The outer ring represents the 25th (silver) anniversary, celebrated in 1972, and shows irises to represent promise, faith, and wisdom. Ivy, representing wedded love, fidelity, and affection, is also depicted alongside myrtle — a Hebrew emblem of marriage. The myrtle present in Her Majesty’s wedding bouquet was actually grown from the myrtle in Queen Victoria’s bouquet! The middle ring is gold plated and represents the 50th (golden) anniversary, celebrated in 1997. It contains roses to represent inner joy, happiness, and true love. Sweet pea and honeysuckle are also present, as they are the flowers that represent the birth months of the Queen and the Duke of Edinburgh, respectively. The inner circle is platinum plated, representing the 70th (platinum) wedding anniversary, and contains an orchid, representing love and long life. 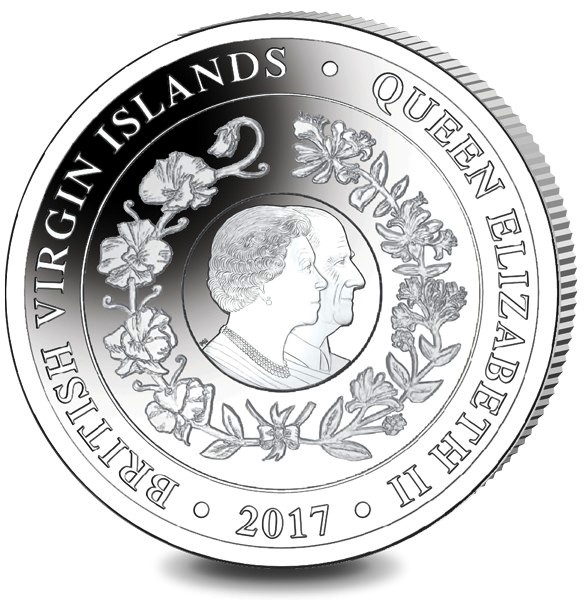 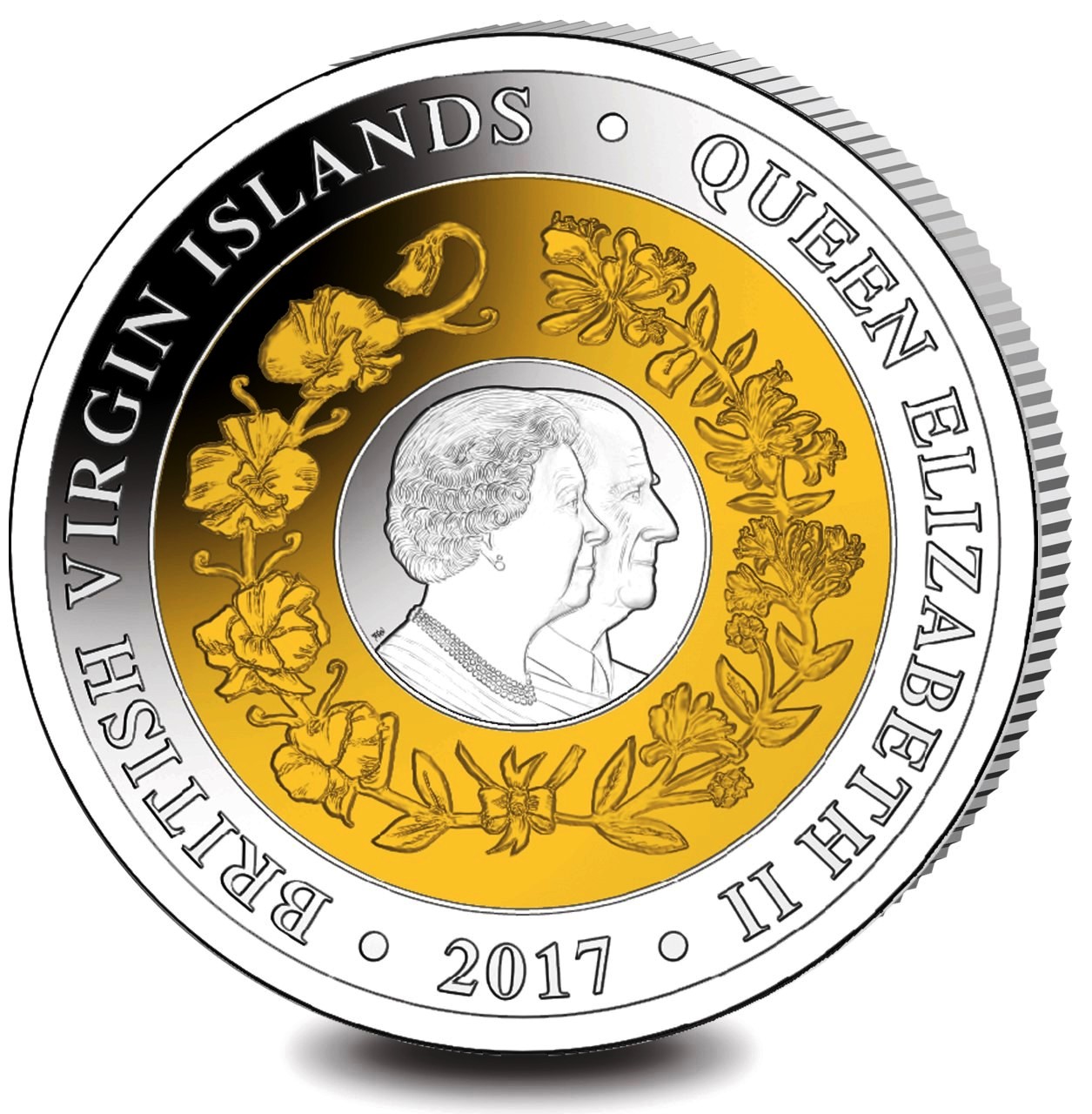 The central ring of the obverse features a dual effigy of HM Queen Elizabeth II alongside her husband HRH Prince Philip, which is an exclusive design seen only on coins produced by the Pobjoy Mint. Sweet pea and honeysuckle are repeated on the centre ring of the obverse.

The Proof silver coin is strictly limited to only 1,947 (to mark the year of marriage) issues, and includes the denomination of $10 on the reverse. A cupro-nickel version with the denomination of $1, depicting the same design as the silver Proof version, is also available — this coin is not plated. The Proof version is presented in a custom case and includes a certificate of authenticity, while the cupro-nickel version is presented in a branded soft vellum pouch. For additional information on both coins.