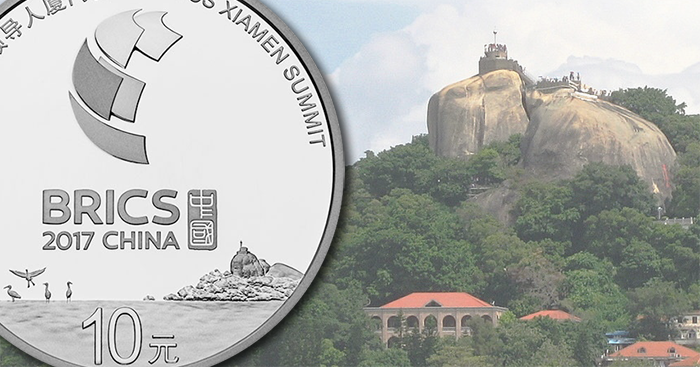 In the background, Xiamen Sunlight Rock. (Panoramio photo by Tiger)

The Bank of the People’s Republic of China issued (28th August) three new collector coins which are in honour of the 9th BRICS Summit hosted in Xiamen, Fujian Province, from the 3rd to the 5th September. The five BRICS economies of Brasil, Russia, India, China, and South Africa convened in 2009 to increase trade levels, energy needs, and production among them.

The primary goal is to become more independent of western trade, build commerce, and greatly increase the gross domestic products of emerging countries. BRICS consists primarily of the largest economy in South America, Brasil; the leading economy in Africa, South Africa; the second-fastest-growing economy after China, India; the third-largest economy worldwide, China; and the country with the greatest reserves of energy, Russia.

BRICS continue to work as examples of cooperation between emerging-market and developing countries, bringing social welfare and an increased standard of living to the people of member states and promoting the world economy. Additional goals are to increase global governance and promote the democratization of international relations. Over the past decade, BRICS’s contribution to the world’s economic growth, in terms of trade and commerce, has increased by 50% since their establishment. 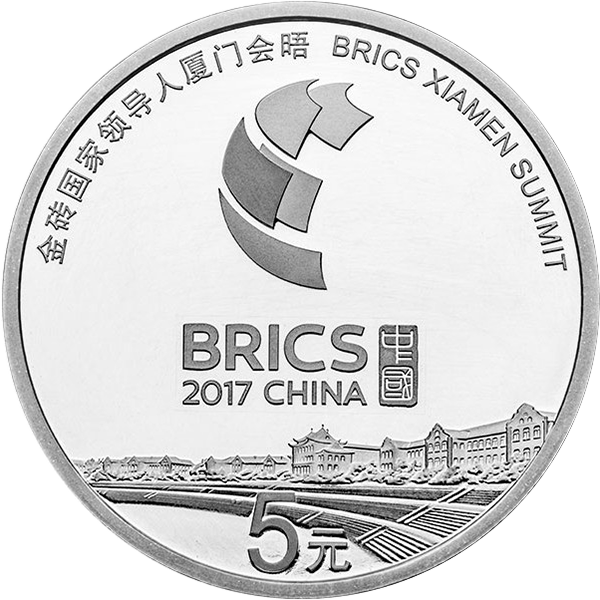 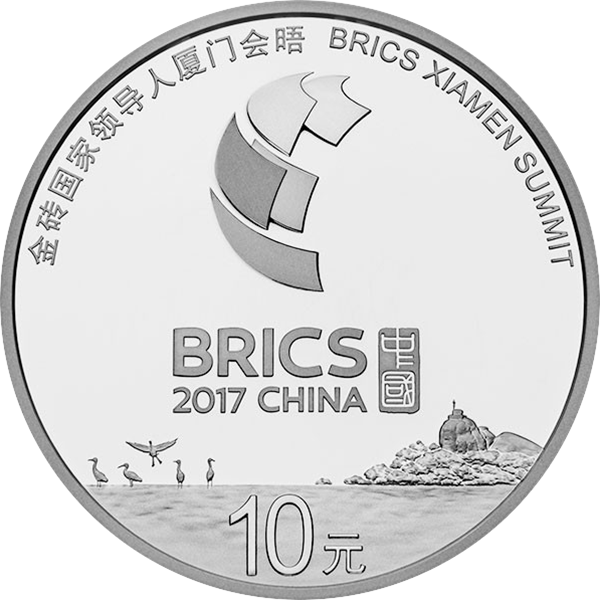 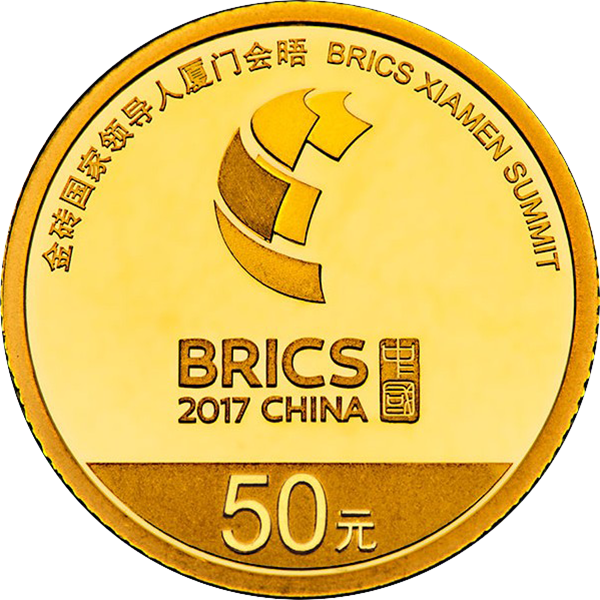 The three coins in the series include one gold and two silver Proof-quality examples. The obverse for all three includes the logo for this year’s BRICS summit as a focal point. The silver 5 yuan also includes a shoreline scene, while the silver 10 yuan features the Xiamen Sunlight Rock natural landscape and a group of egrets on the shore. The gold 50 yuan depicts the BRICS logo alone. The commemorative text BRICS XIAMEN SUMMIT is seen in both English and simplified Chinese characters along with the coin’s denomination of 5, 10, or 50 yuan. 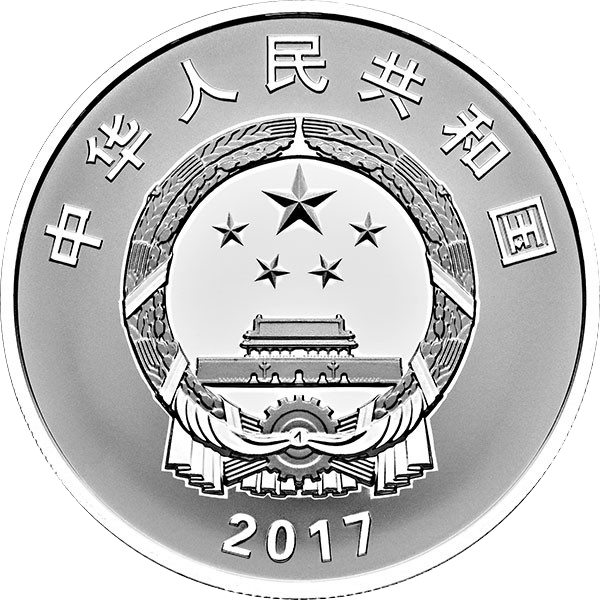 The common reverse design, as depicted on the 10 yuan.

The reverse side includes the national emblem of the People’s Republic of China along with the year of issue just below.

The set of gold and silver commemorative coins is being retailed and marketed by the Shenzhen National Treasure Coin Co., Ltd., on behalf of the China Gold Coin Corporation (CGCI) for sales within China. For sales outside China, it is advised to contact a partner or distributor associated with the CGCI. For a comprehensive list, please visit the website of the CGCI.