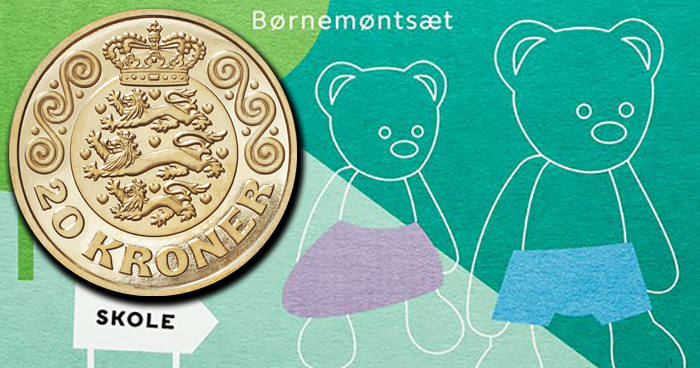 The Royal Danish Mint have issued their 2017-dated mint set that is aimed primarily at children, or as a keepsake gift. This year’s set is themed with an “off to school for the first time” scenario—and the pupil, in this case, is the ever-popular Teddy Bear, who has been the central figure since the children’s sets first launched in 2015. This year sees Teddy Bear embarking on a task quite familiar to every child at some point in their young lives—beginning school for the first time. Teddy Bear is depicted making his way to his first day of school, where he meets new friends and the nice teacher—who will teach him about numbers and letters. 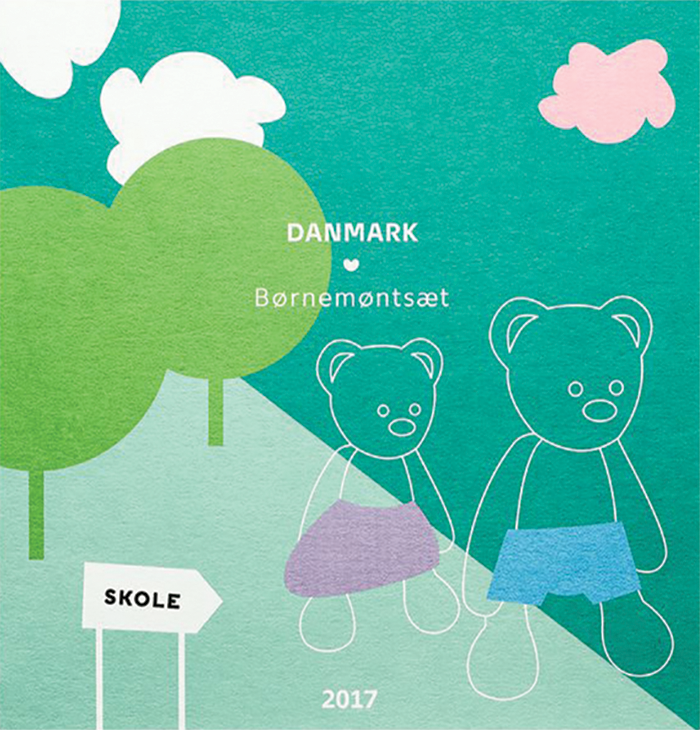 The Coin Set for Children 2017 unfolds like a picture book with lovely colours and drawings of Teddy Bear, who has been the central figure since it first launched in 2015. 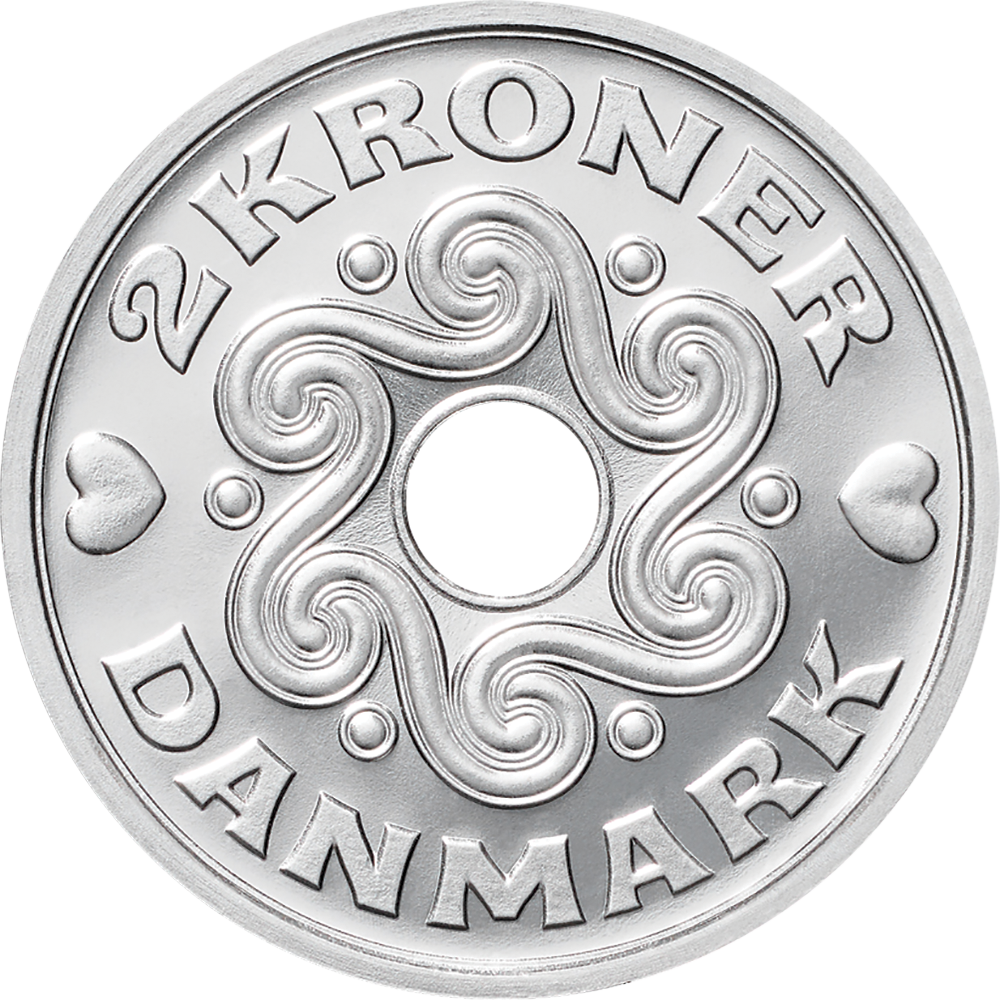 The set comprises all of the currently  circulating coins in Denmark, from the 50-øre copper coin to the 1-, 2-, and 5-kroner cupro-nickel coins with their distinctive doughnut design. 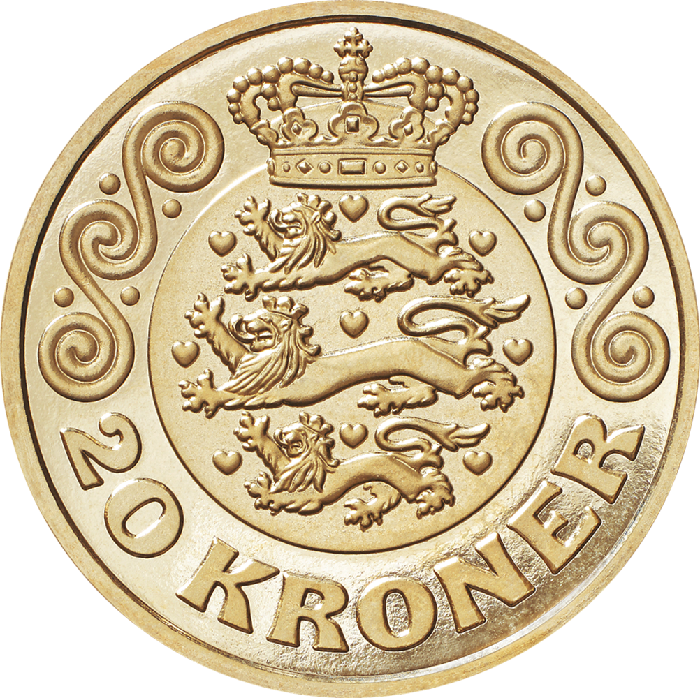 The set also includes the golden-coloured, cupro-aluminum 10- and 20-kroner coins with a detailed and elegant effigy of HM Queen Margrethe II. The effigy was introduced in 2010 and created by sculptress Lis Nogel. The 2017-dated coins included in the set are produced at the Mint of Finland on behalf of the Royal Mint, and the graphics are illustrated by senior graphic designer Jeanette Skov Jensen at Danmarks Nationalbank. 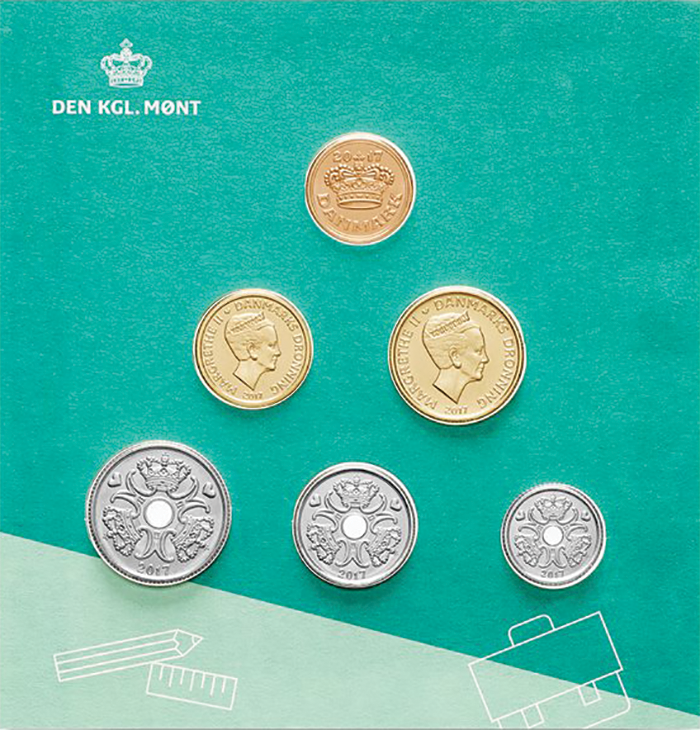 The Coin Set for Children 2017 is issued from the 10th August. Please visit the website of the National Bank of Denmarkfor additional information on this and other coins on offer.