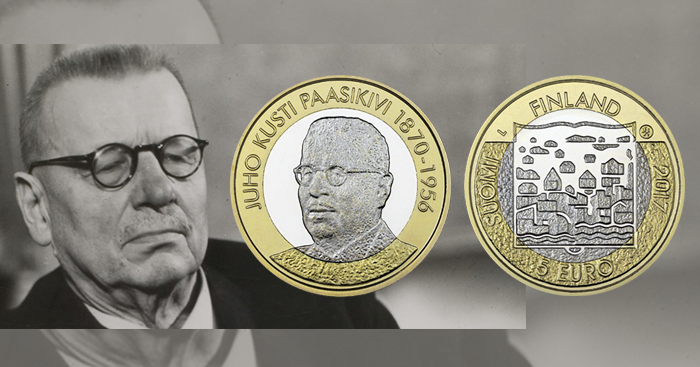 The Mint of Finland have launched the latest coin in their ongoing “Presidents of Finland” coin series. This collector coin—the seventh in the series—pays tribute to J.K. Paasikivi (1870–1956), who served as the seventh president of the Republic of Finland from 1946 to 1956. Succeeding the very charismatic Carl Gustaf Mannerheim after the country emerged from the tumultuous Second World War and the aftermath of territorial loss to the USSR, Paasikivi came to be considered one of Finland’s more conciliatory political figures. 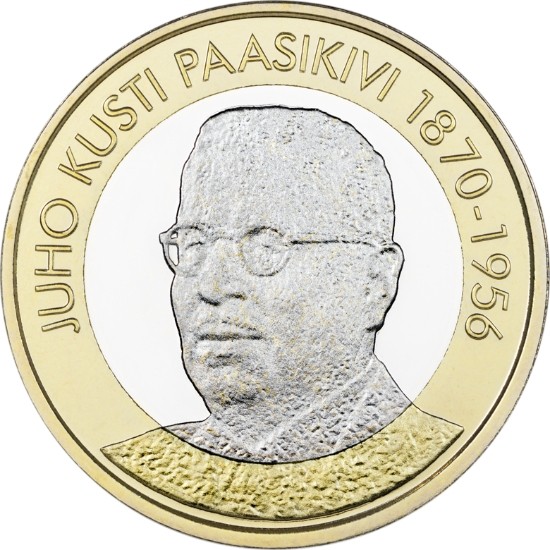 The bi-metallic coin is designed by Tero Lounas. The inner disc features a portrait of President Paasikivi in three-quarter profile facing toward the right. The lower part of the bust extends onto the golden ring, on which the legend JUHO KUSTI PAASIKIVI 1870–1956 surrounds the primary design. 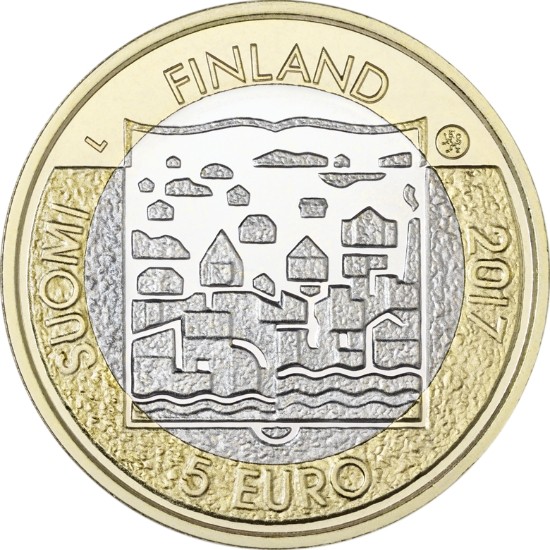 The reverse features a landscape of Finnish fields, framed by an open book depicting a constructed urban environment. Reading clockwise on the outer ring, from the left, are the words SUOMI FINLAND and the date of issue, 2017; at the bottom, the denomination 5 EURO. (All coins in the series share a common reverse.)