Israel: 50th anniversary of Jerusalem under one authority commemorated on new silver and gold coins At left in the background, Jaffa Gate. (Photo by Yoninah)

The Bank of Israel will issue (1st August) new gold and silver coins which mark the 50th year of the city of Jerusalem, which was brought under one single authority as a result of the Six-Day War in June 1967.

Throughout Jewish history, the holy city of Jerusalem has never been forgotten. The city is considered holy to each of the primary monotheistic religions, with Jerusalem remaining an eternal source of inspiration and focus of pilgrimage for people from all over the globe.

From 1947 (before the establishment of the Jewish state in 1948) until 1967, Jerusalem was a divided city. The two parts of the city, each under different rule, were cut off from each other by physical barriers. During the Six-Day War, on the morning of the 7th June 1967, Israeli paratroopers broke through the Lions’ Gate and made their way to the Western Wall. This was the pivotal moment when Jerusalem would come under one administrative authority.

The coins, two of which are issued in silver and one in gold, are designed by artist Zvika Roitman and are produced by the Royal Dutch Mint on behalf of the Bank of Israel. All three versions share the same obverse and reverse designs marking Israel’s 69th year of independence. 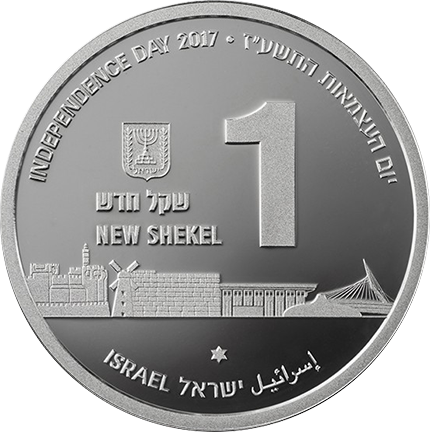 On the obverse, the coin’s face value fills the upper right field. Two its left are a small rendering of the Israeli state emblem with the words NEW SHEKELS (in both Hebrew and English) below it. Around the upper border is the commemorative text Independence Day 2017, in English and Hebrew; around the lower border is the world Israel, in English, Hebrew, and Arabic. Spanning the coin just below the halfway point are, from left to right, 6 of the 10 landmarks of Jerusalem that appear on the reverse, and below, the mintmark. 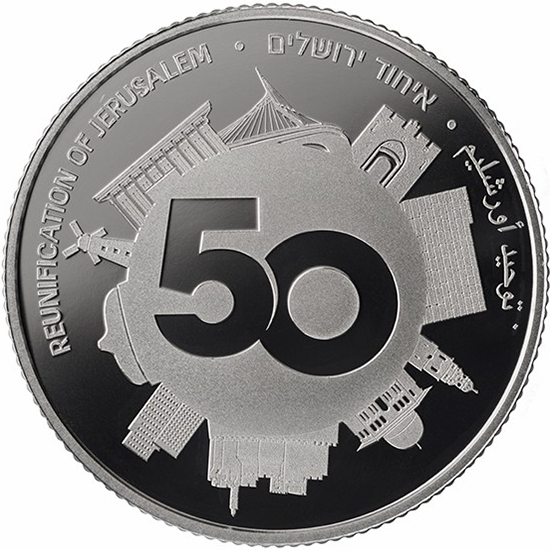 The reverse design depicts the number 50 against a frosted circular background. Surrounding the circle with their tops pointed toward the rim of the coin are famous landmarks of the Jerusalem skyline: clockwise from the  upper left are the Israeli Knesset, Chords Bridge, Jaffa Gate in the Old City Wall, the Western Wall, the Abbey of the Dormition, Al-Aqsa, the Old City Walls and Tower of David, modern skyscrapers, the Shrine of the Book, and the Montefiore Windmill. The border inscription reads REUNIFICATION OF JERUSALEM in English, Hebrew, and Arabic script. 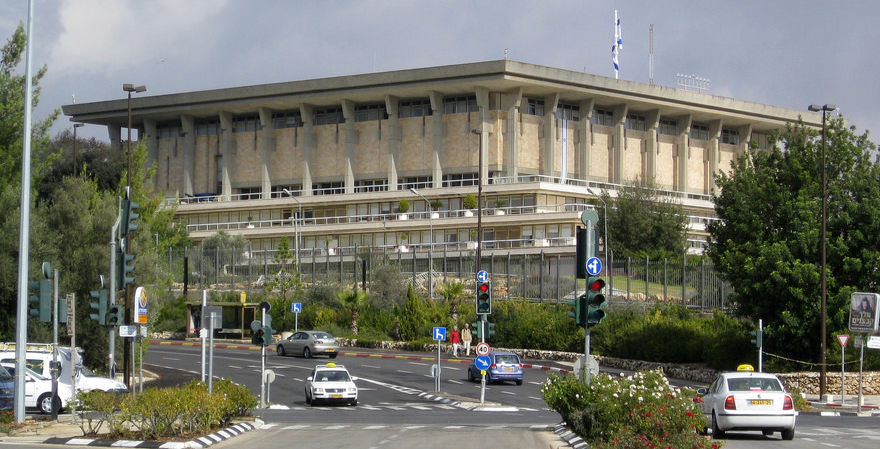 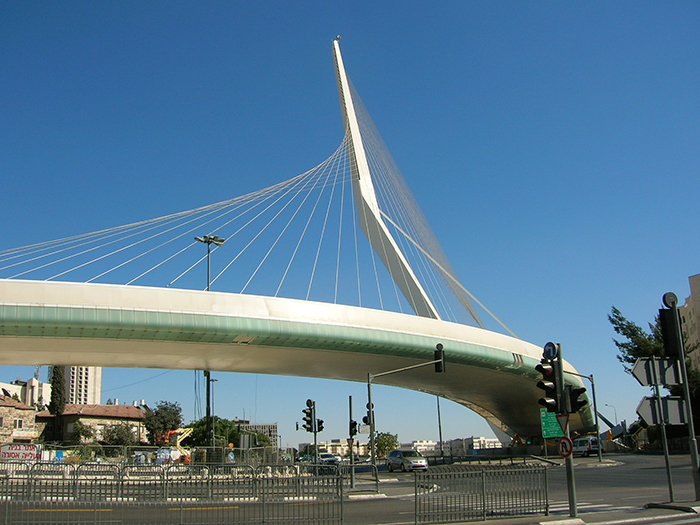 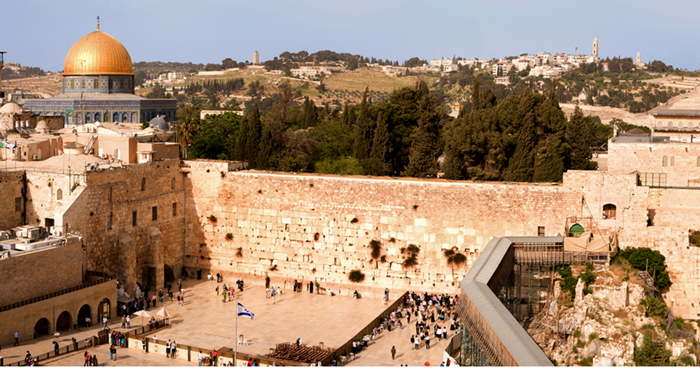 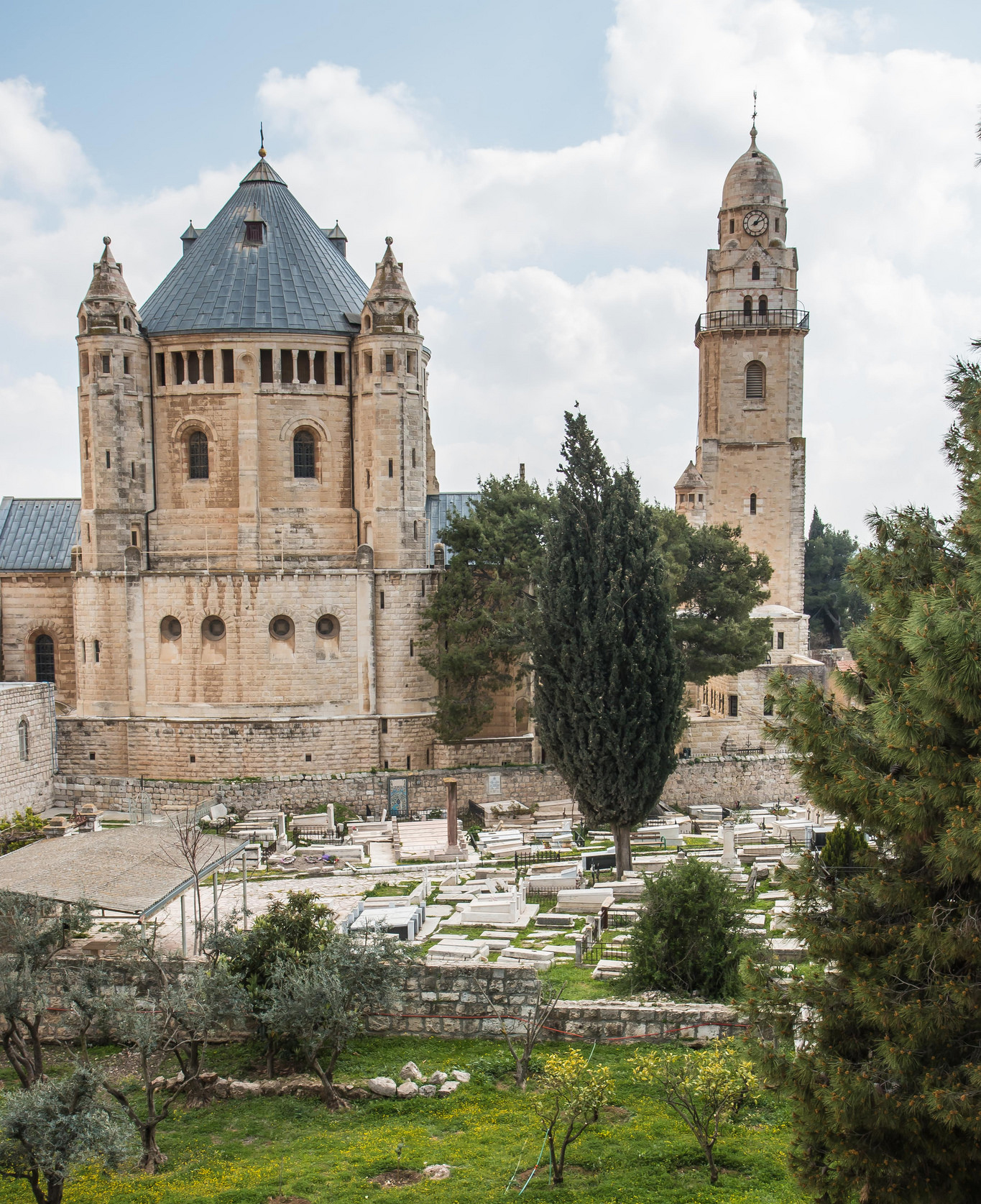 The Abbey of the Dormition. The tower at right is depicted on the coin. (Photo by Gary Bembridge) 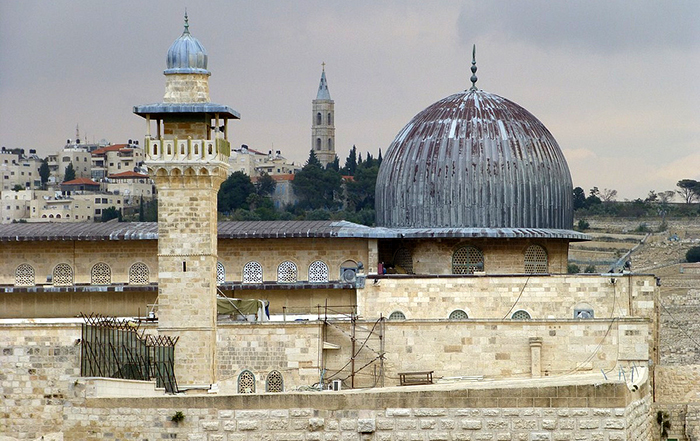 Al Aqsa Mosque. The dome at right is depicted on the coin. (Photo by Paul Arps) 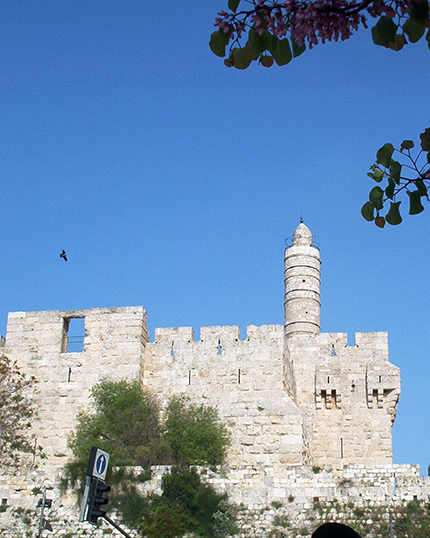 Old City Walls and the Tower of David. (Photo by Itay Bar) 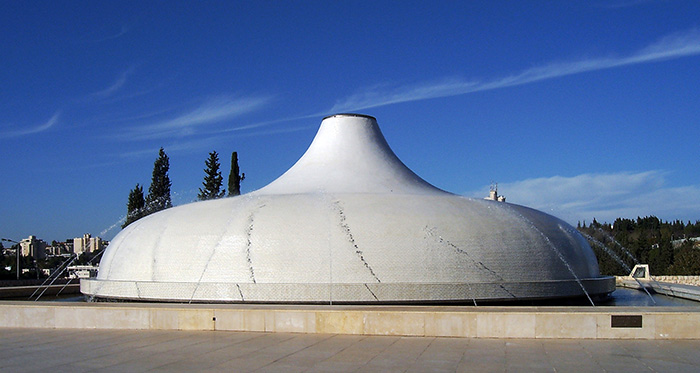 The Shrine of the Book. (Wikipedia photo; contributor’s name not given) 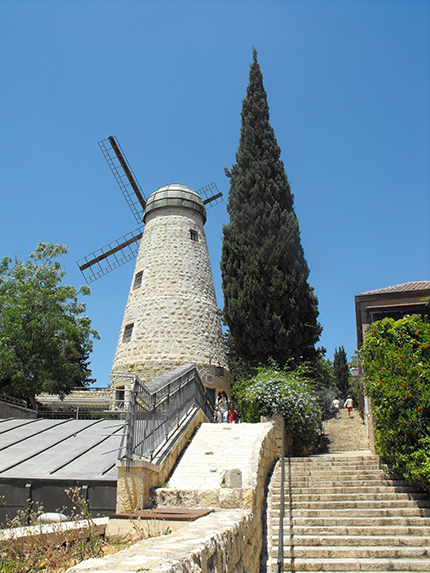 The release date for the new collector coins will be the 1st August. All coins are available as separate purchases. Each is encapsulated in a custom presentation box with protective outer sleeve. The Israel Coins and Medals Corporation–ICMC are accepting pre-orders until the official issue date.