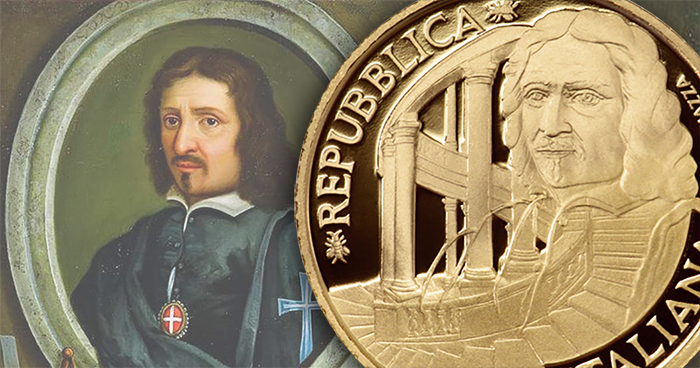 The Istituto Poligrafico Zecca Della Stato (IPZS) have issued a new gold coin which remembers one of the country’s more distinguished Baroque architects—one who created some of Italy’s most memorable structures during his lifetime. Francesco Borromini (1599–1667) is considered one of the most important innovators in Baroque architecture. His complex geometric patterns and original decorating solutions counter-pose to the shapes and forms of the Renaissance tradition and to the classicism of Gian Lorenzo Bernini. The Roman churches of San Carlo alle Quattro Fontane and Sant’Ivo alla Sapienza, as well as the helicoidally shaped staircase of the Palazzo Barberini in Rome, are among his architectural masterpieces. 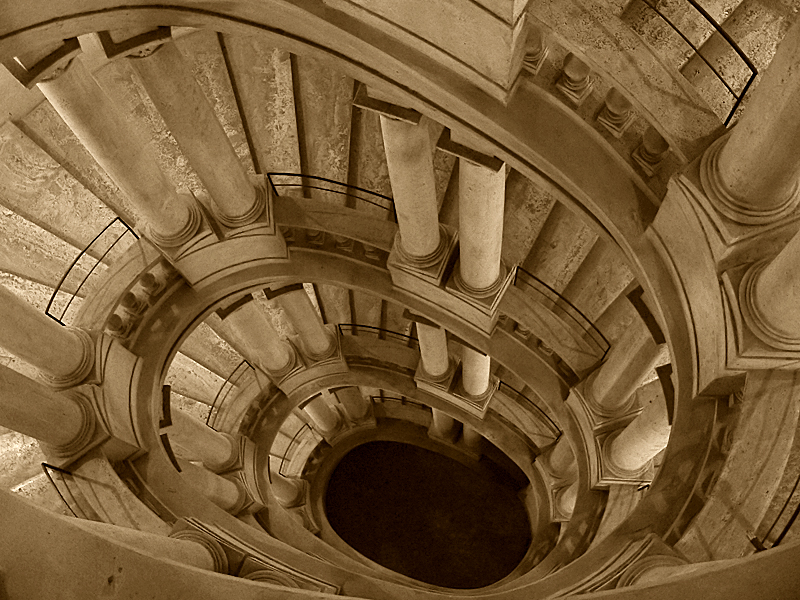 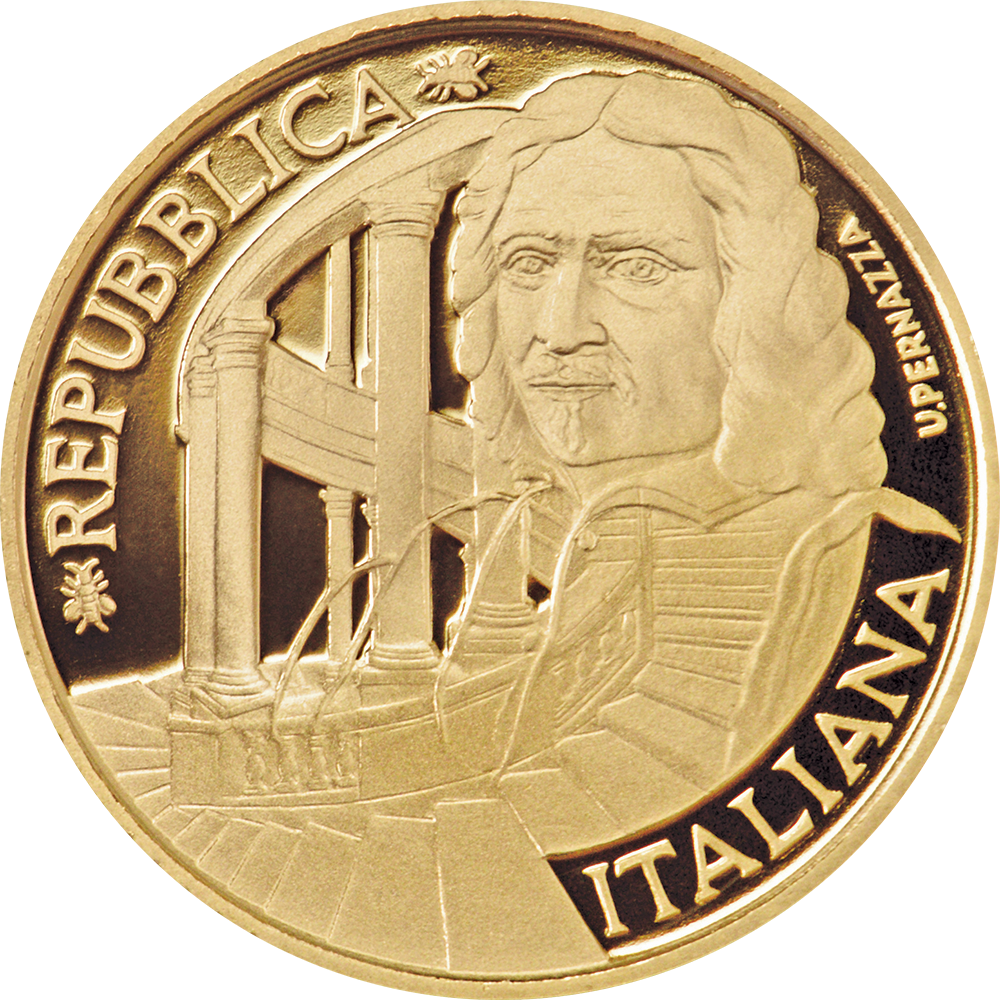 The obverse side includes a bust of Francesco Borromini modelled after a portrait which is now preserved in the church of San Carlo alle Quattro Fontane in Rome.  In the background is the helicoidally shaped staircase of the Palazzo Barberini in Rome. Around the primary design is the inscription REPUBBLICA ITALIANA flanked by bees—the insignia of the Barberini family. The name of the designer, U.PERNAZZA, is placed to the right of the portrait. 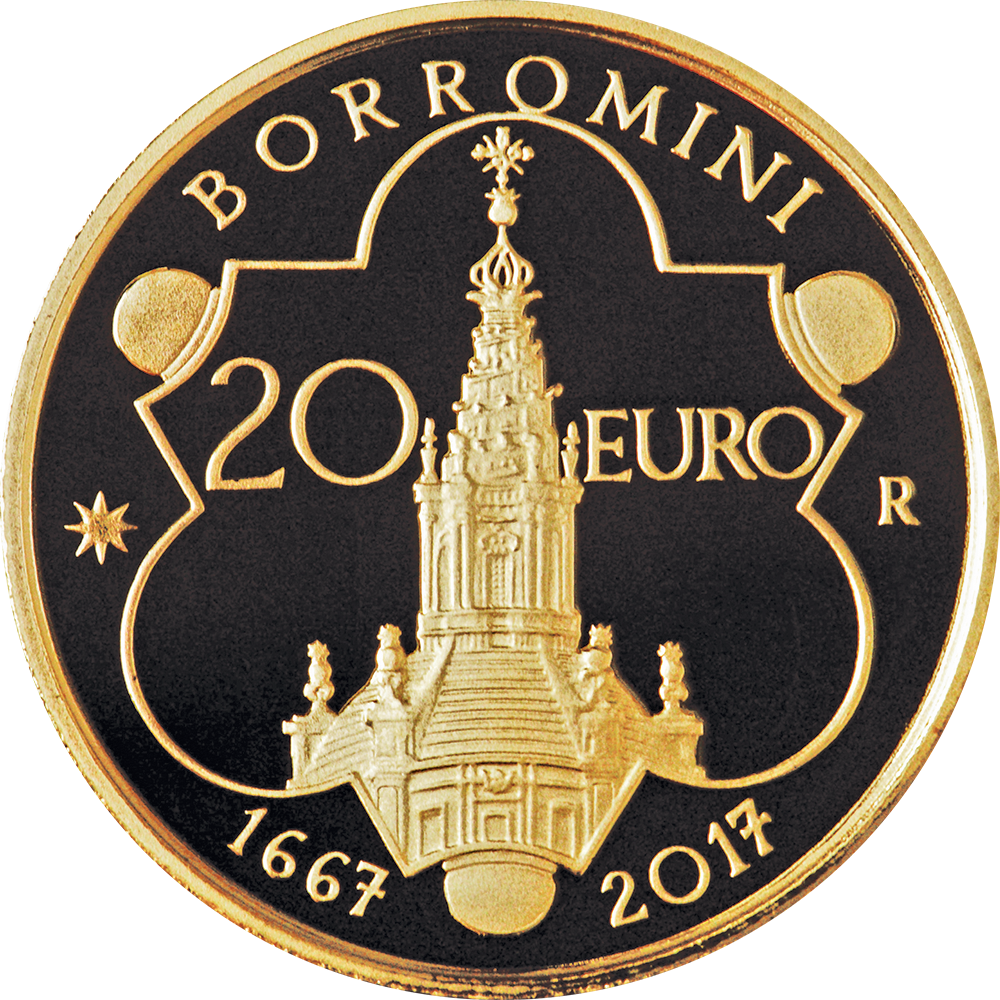 The reverse side includes a detail from the lanternino, the small lantern of Sant’Ivo alla Sapienza, which is included within an outline of the floor plan of the church. The value 20 EURO is divided by the spiral, and above is the inscription BORROMINI. On the right side is the letter R, identifying the Mint of Rome, and on the left is an eight-pointed star, which represents the detail of the interior of the church’s dome. The commemorative years of 1667, the year of Borromini’s death, and 2017, the coin’s issue are seen below the primary design.