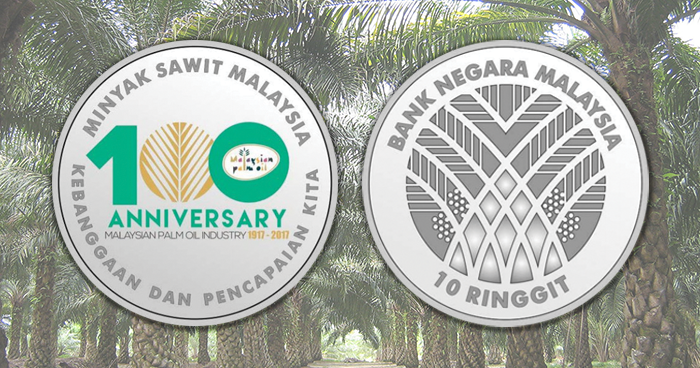 The Bank Negara Malaysia has launched two commemorative coins in conjunction with the 100th anniversary of the Malaysian palm-oil industry. Malaysia holds the distinction of being one of the world’s largest producers and exporters of palm oil. The palm-oil sector has contributed significantly to the cumulative export earnings for the country through the export of the commodities and many value-added products to the global market. It has contributed to job creation and enhanced the welfare and living standards of many, particularly within the rural areas of the country. 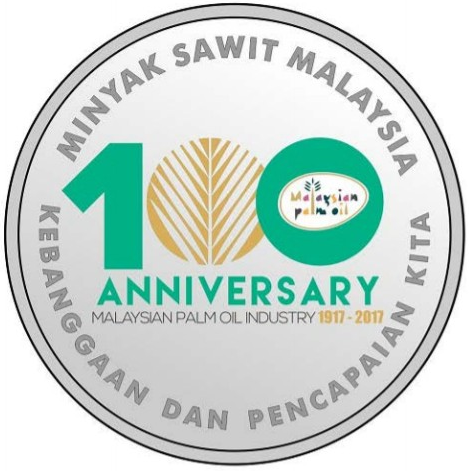 The obverse side includes the official logo of the 100th anniversary of the Malaysian palm-oil industry celebration, which reflects the progress of the palm-oil industry in Malaysia and is depicted in the centre of the coin. The words MINYAK SAWIT MALAYSIA and KEBANGGAAN DAN PENCAPAIAN KITA appear on the circumference of the field. 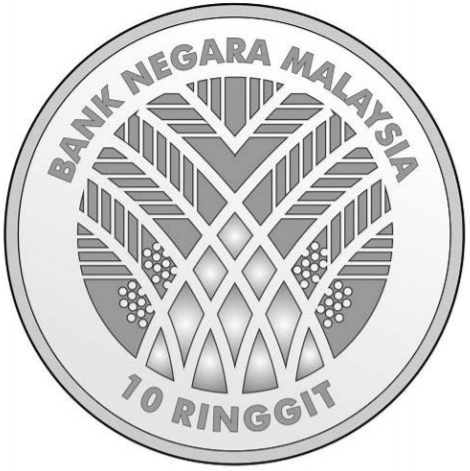 The reverse side includes the words BANK NEGARA MALAYSIA as the issuing authority of the commemorative coin and positioned on the upper circumference of the field, while the face value is inscribed on the lower circumference. The centre of the coin features an image of a stylised palm-oil tree, symbolising the growth and development of the palm-oil industry achieving excellence in its 100 years of existence.

The commemorative coins are issued by the Bank Negara Malaysia. Display units will be available for public viewing from Monday, July 31, 2017 at the Bank Negara Malaysia’s museum and art gallery (MAG) and offices located in Penang, Johor Bahru, Kota Kinabalu, Kuching and Kuala Terengganu. The coins will be available for sale starting Wednesday, August 9, 2017 at the same locations. The commemorative coins are available separately or in a set of 2 coins which are comprised of the coloured silver and Nordic gold proof coins.