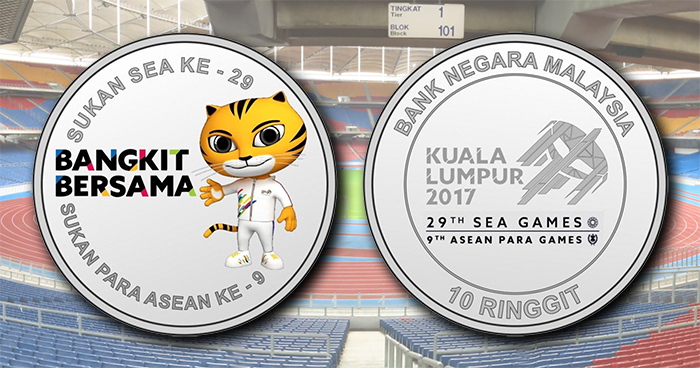 The Bank Negara Malaysia have launched (16th August) new collector coins in conjunction with the 29th Southeast Asian (SEA) Game competitions as well as the 9th ASEAN Para Games. Both games are being hosted in Malaysia’s capital of Kuala Lumpur from the 19th to the 31st August. The ASEAN Para Games is a biannual multi-sport event held after every SEA competition for Southeast Asian athletes with physical disabilities. It commences on the 17th September, concludes on the 23rd September, and is also hosted in Kuala Lumpur. 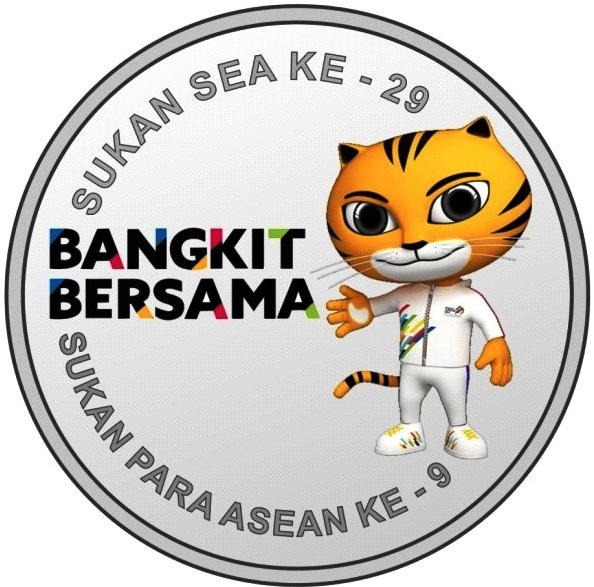 The coins share the same designs. The obverse side includes the official mascot of the games—RIMAU—and is inspired by the graceful and powerful Malayan tiger. RIMAU is an acronym for “Respect, Integrity, Move, Attitude, and Unity,” and the mascot is depicted in full colour. BANGKIT BERSAMA is the theme of the games, which signifies the coming of age for Southeast Asia as a community. The words SUKAN SEA KE-29 and SUKAN PARA ASEAN KE-9 are depicted on the upper and lower circumference of the coin, respectively. 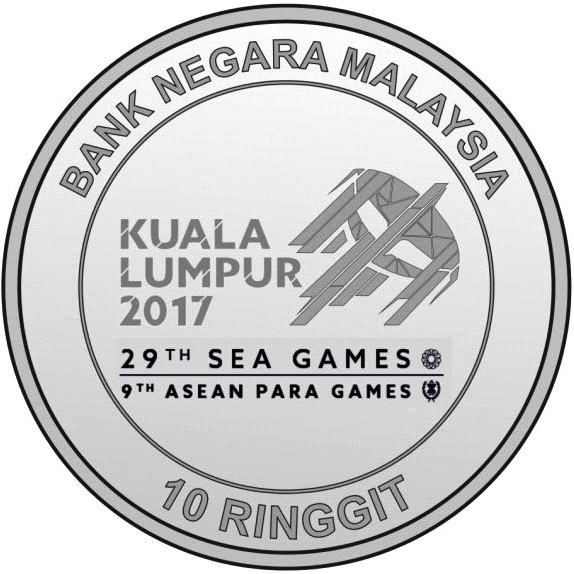 The reverse side includes the inscription BANK NEGARA MALAYSIA, which is the issuing authority of the commemorative coin and is positioned on the upper circumference of the design. The face value of the coin, 10 RINGGIT, is inscribed on the lower circumference. The centre of the coin features the official logo of the Games, the Wau Bulan, which is an intricately designed Malaysian moon-kite. The combination of stripes and shards of colour are collated from the flags of all Southeast Asian countries.

The coins are available as separate purchases or as a limited set of 1,300. They will be available for sale commencing Tuesday, 29th August 2017, from representative offices of the Bank Negara Malaysia. Eleven countries will compete in 38 sports for a total of 404 events during the 29th SEA Games. The events will be hosted during the celebration of Malaysia’s 60th Independence Day as well as Malaysia Day.