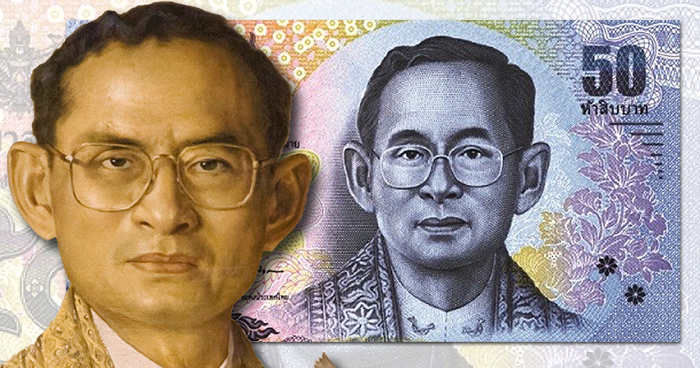 The Bank of Thailand has unveiled (20th July) a new set of banknotes in all available denominations in remembrance of the late King Rama IX (or Bhumibol Adulyadej), who died on the 13th October 2016 at the age of 88. King Rama IX was Thailand’s longest-reigning monarch and served from June 1946 until his death—a total of 70 years, 126 days.

The colors, the sizes, and the portrait on the face of the commemorative banknotes are identical to those of the 16th series banknotes, introduced between 2013 and 2015. The main element on the face of each note is the definitive portrait of H.M. King Bhumibol Adulyadej. The backs feature images reflecting stories of his lifetime. In the following photos, the captions list the denominations and the stories depicted on each note. (The text is continued below the images.) 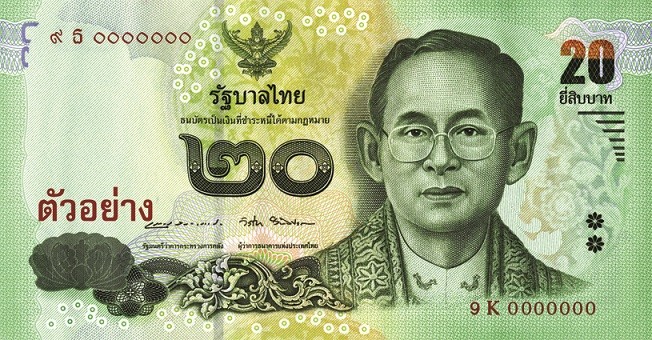 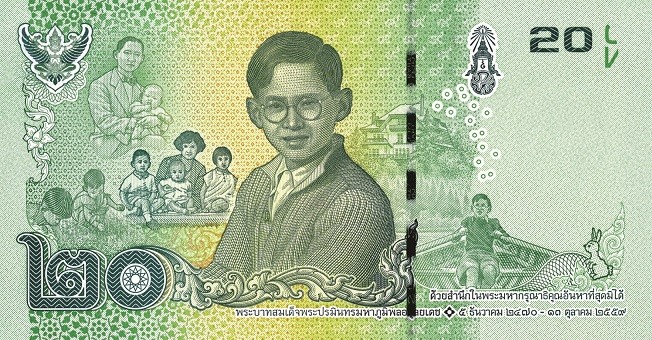 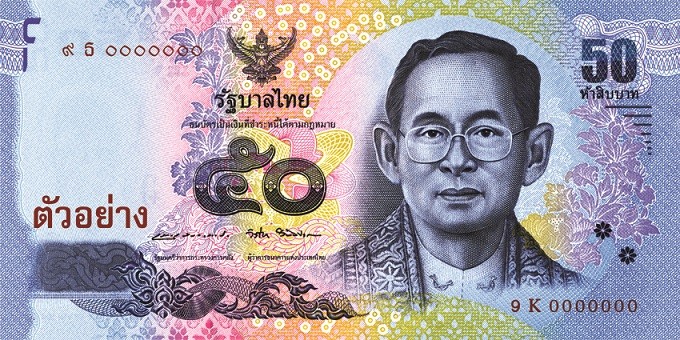 50-baht—Royal ceremonies and duties during the early time of his accession to the throne.

500-baht—His wisdom and talents as reflected through royal projects.

The new banknotes are scheduled to be released into circulation on the 20th September and are meant to circulate along with the ordinary banknotes of the 16th series without distinction. The banknotes will be available at all branches of all banks from their official date of release. There will also be no need to exchange any current notes for the new commemorative issues. No additional information has been offered as to new banknotes which will include the portrait of King Rama X. The official mourning period for the late King Rama IX will end upon the cremation ceremony, which is scheduled for October 2017.

King Bhumibol Adulyadej (1927–2016), the second son of Mahidol Adulyadej, Prince of Songkla, ascended the throne of Thailand on the death of his elder brother Anada (King Rama VIII) in 1946. He was only 18 years old at the time. On the 28th April 1950, the young king married Sirikit Kitiyakara, daughter of the Thai ambassador to France and herself a great-granddaughter of King Chulalongkorn and thus a cousin. King Rama IX and his new queen would have four children, of whom their only son, Crown Prince Vajiralongkorn (born in July 1952), would succeed his father.

King Rama IX became an immensely popular figure in Thai society and was credited with preserving the Thai state and avoiding collapse of the government at a time of great upheaval in Southeast Asia. King Rama IX earned the admiration and respect of many Thais, who came to regard their beloved monarch as the father of the nation during his long tenure as head of state, the longest ever in Thai history.