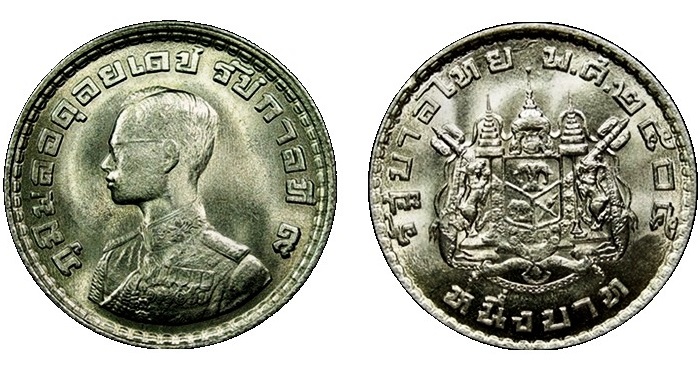 The government of Thailand continues to prepare to say their final farewell to the late King Bhumibol Adulyadej Mahidol, who passed away on the 13th October 2016 after an astonishing reign of 70 years. The royal treasury of the kingdom are beginning the many preparations of transition, which will include portraits and effigies of the new king, Maha Vajiralongkorn, on the country’s next series of bank notes and coins. 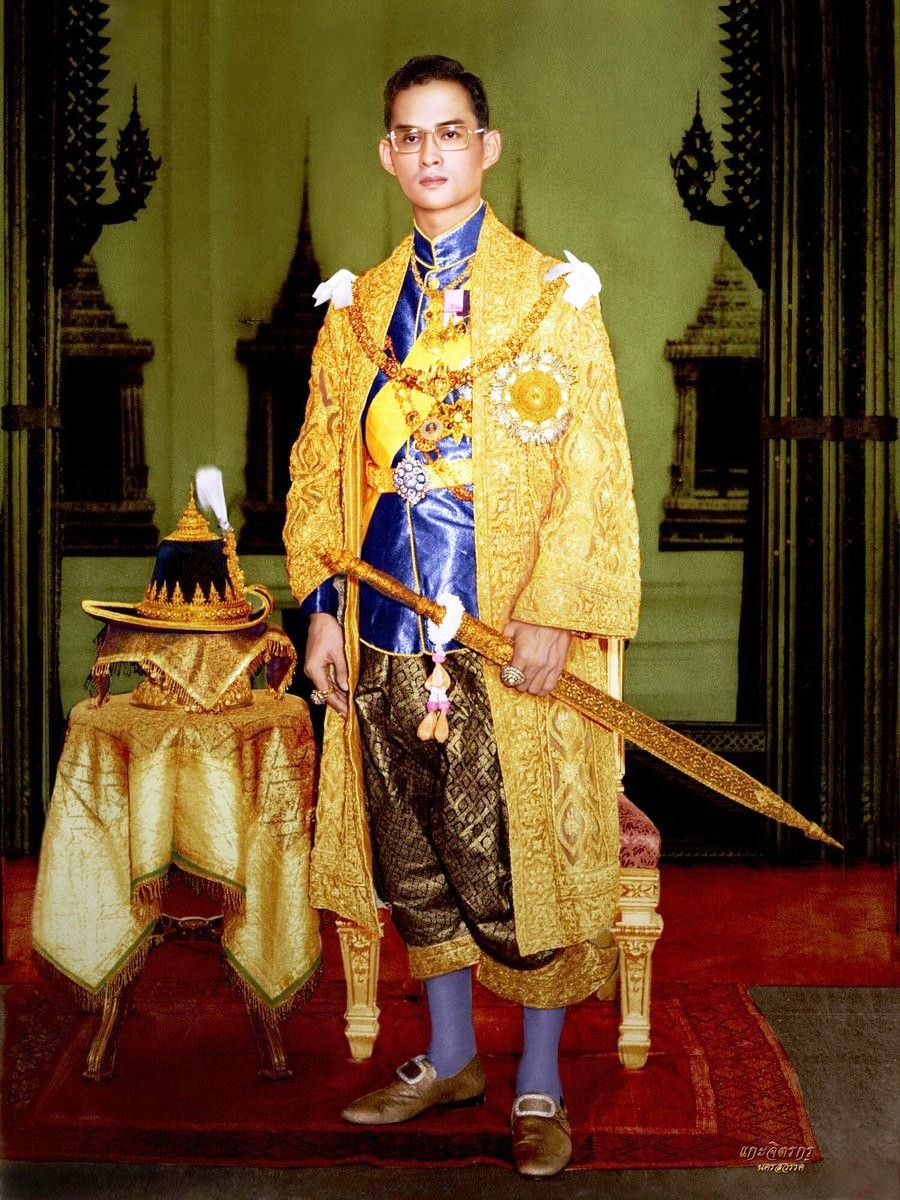 At the time of the late king’s death, he was the world’s longest-serving head of state, the longest-reigning monarch in Thai history, and the longest-serving monarch to have reigned only as an adult, serving for a total of 70 years and 126 days. The images of the bespectacled King Bhumibol Adulyadej — also referred to as King Rama IX — were included on both bank notes and coins after his accession to the Thai throne in 1946, with the first series being released in 1948. A total of eight series of Baht bank notes and one new commemorative memorial series has been issued since that year. A collection of commemorative Baht bank notes were also issued during King Rama IX’s reign which were in celebration of various royal anniversaries from 1969 to the present. Coins denominated in satang and baht bearing the effigy of the then–19-year-old monarch began to circulate from 1950 onwards. The Royal Thai Mint also issued a variety of commemorative and collector’s coins which marked national and royal anniversaries from 1961 onwards, with the last commemorative coins issued in recognition of King Rama IX’s 70th year of reign in 2016. 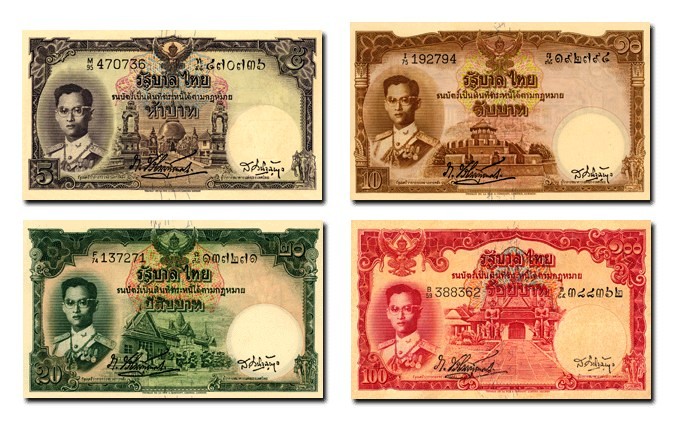 In August 2017, the Bank of Thailand announced a new family of bank notes in remembrance of the late King Rama IX which are the same size and dimensions as the “Series 16” bank notes. The front designs are as before, but the reverse designs feature images of the king’s life in infancy, adolescence, and maturity. The new family of bank notes were issued on the 20th September.

As part of the many updates involved during the month of preparations for the official funeral of King Rama IX, the Treasury Department has proposed details of new coins for cabinet and royal approval, according to the director-general of the treasury.

Recent reports stating that the Treasury Department plans to produce new coins of 10-, 5-, 2-, and 1-baht values, as well as smaller denominations ranging from 1 to 50 satang, will also be proposed. The same proposal offers a timeframe for these coins to enter circulation in fiscal year 2018, after the new king’s coronation. The proposal will also mention plans for commemorative coins for this event, expected to take place the month after King Rama IX’s cremation.

The director-general at the Treasury Department said that his office has proposed that the royal cabinet issue a ministerial regulation defining the coins’ values, metal, weight, sizes, and patterns. After this step, the department will be granted a royal decision on the designs of the planned coronation commemorative coins — although details including coin types, sizes, and weight have not been determined yet. These details for both circulation and commemorative coins will also require screening from the department’s committee for coin planning and the committee for commemorative coins, as well as approval from the Ministry of Finance. 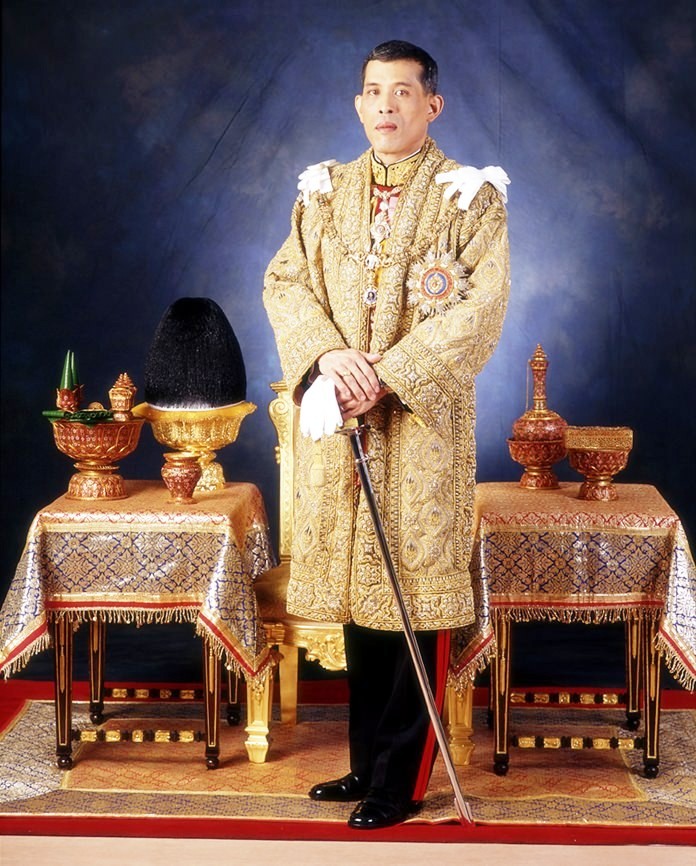 The procedure will commence after the official cremation of the late King Rama IX which will take place in a lavish ceremony on the 26th October — just over a year after the revered king’s death at the age of 88. His successor, 65-year-old Maha Vajiralongkorn, also referred to as King Rama X, his father’s only son, was officially announced as Thailand’s new king on the 1st December 2016, after a short mourning period within the royal family. For additional information on the coins of Thailand.