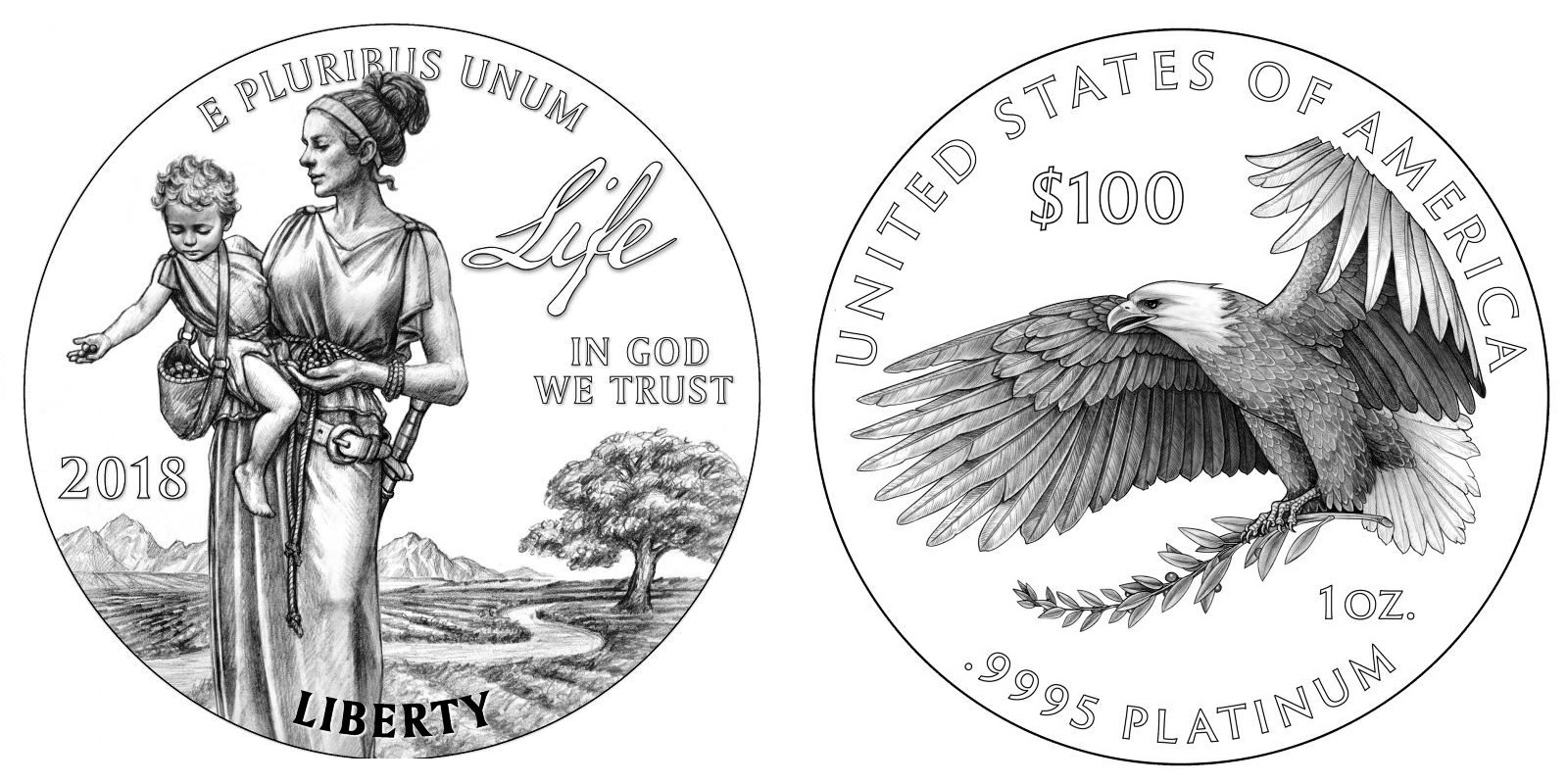 WASHINGTON – The United States Mint announced today that it is launching a three-year platinum Proof-coin series starting in 2018 and continuing through 2020. The three-year program, titled “Preamble to the Declaration of Independence Platinum Proof Coin Series,” will feature newly designed 1-ounce Proofs struck in 99.95 percent platinum.

Since its inception in 1997, the American Eagle 1-ounce platinum proof coin has shared a common obverse that featured a portrait of Liberty. The coin’s reverse has hosted a variety of themed series, including “Vistas of Liberty,” “Foundations of Democracy,” “The Preamble to the Constitution,” and “Torches of Liberty.”

As the American Eagle Platinum Proof Coin Program enters its third decade, this marks the first time the Mint has issued a series featuring all-new obverse designs created concurrently by one designer, as well as a new common reverse (tails) design.

Created by U.S. Mint Artistic Infusion Program (AIP) designer Justin Kunz, obverse designs in this series represent Kunz’s interpretation of life, liberty, and the pursuit of happiness, the core American principles in the Preamble to the Declaration of Independence. 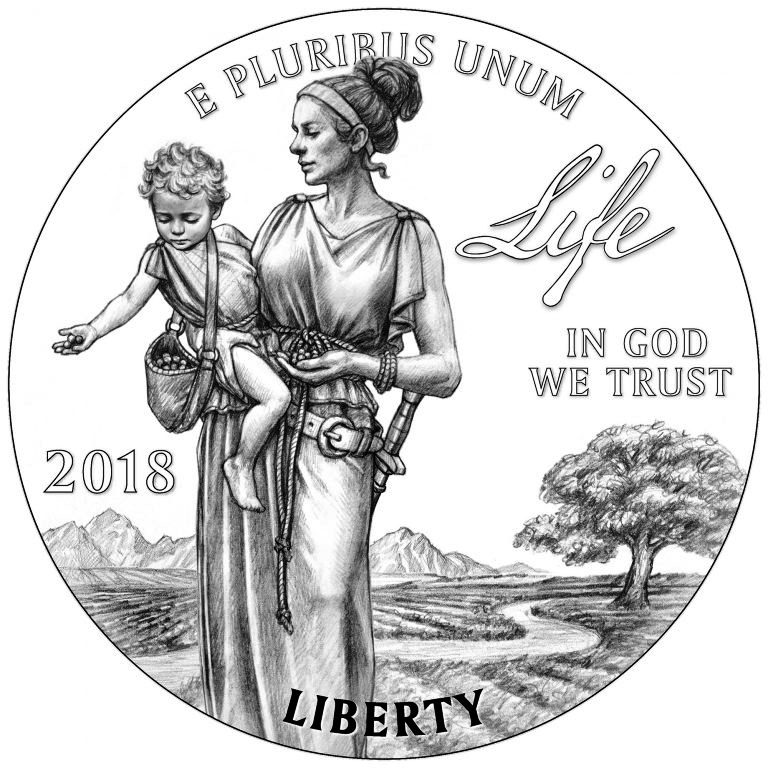 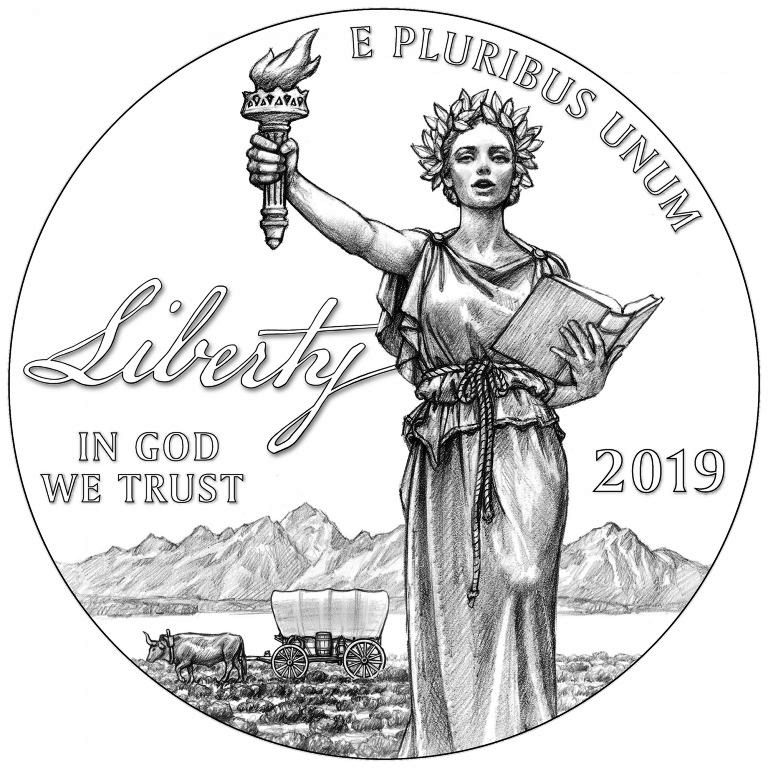 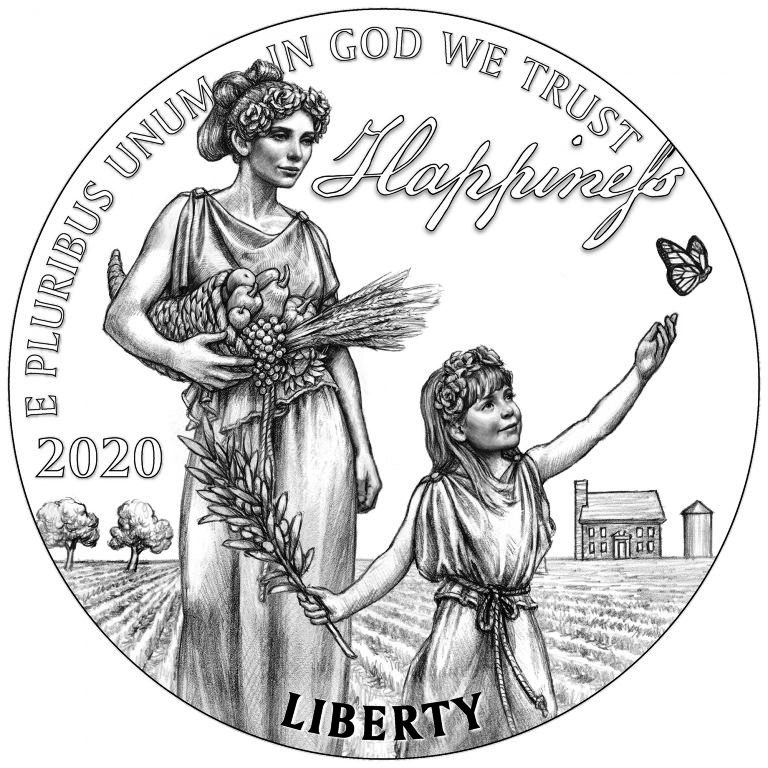 The series’ obverse designs portray Liberty planting seeds for future sustenance, lighting the way westward, and harvesting the well-worked crops. The inscriptions Life in 2018, Liberty in 2019, and Happiness in 2020 are likenesses of the handwritten words from the Declaration of Independence.

The 2018 obverse design features “Life” personified by Lady Liberty teaching a small child to sow seeds in a field. The sword she carries symbolizes the power to defend life. The furrowed earth represents the forethought and labor required to sustain life. The tree and stream represent nature, suggesting the need to be good stewards of an environment that sustains life. 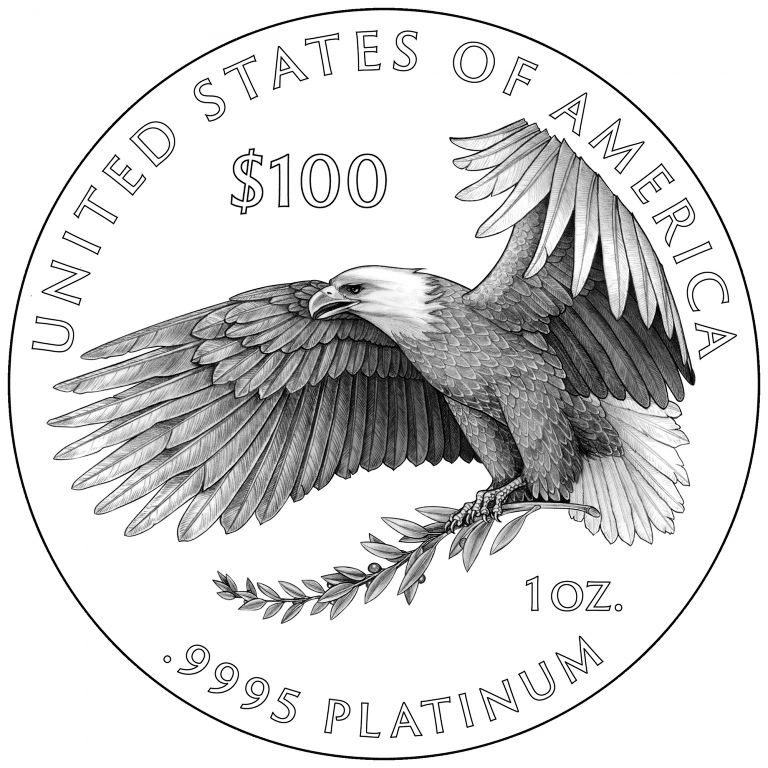 The reverse design depicts an eagle in flight with an olive branch in its talons, by AIP designer Patricia Lucas-Morris, which will remain the common reverse throughout the series.

The first coin in the new series, the Preamble to the Declaration of Independence Platinum Proof Coin–Life, will be released in early 2018. Additional details will be available prior to each coin’s release. Visit our program page for more information on this series.

About the United States Mint
The United States Mint was created by Congress in 1792 and became part of the Department of the Treasury in 1873. It is the Nation’s sole manufacturer of legal tender coinage and is responsible for producing circulating coinage for the Nation to conduct its trade and commerce. The United States Mint also produces numismatic products, including Proof, Uncirculated, and commemorative coins; Congressional Gold Medals; and silver and gold bullion coins. Its numismatic programs are self-sustaining and operate at no cost to taxpayers. The Mint is celebrating its 225th anniversary in 2017 (#USMint225).