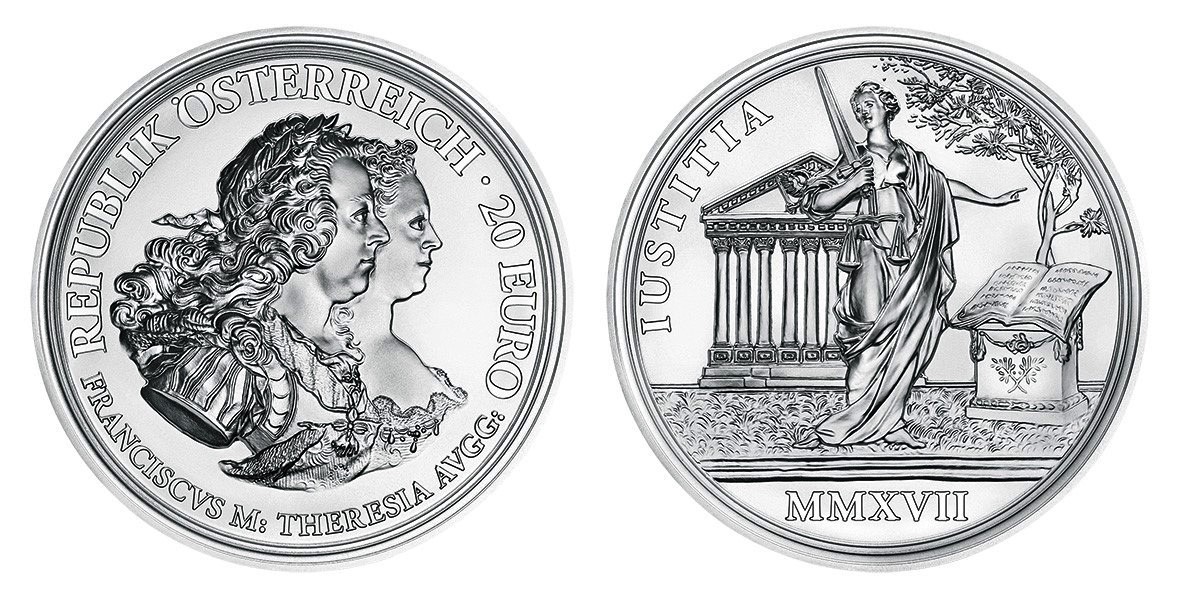 The Mint of Austria have unveiled (16th October) their second new coin ahead of its official issue in November. It marks the tercentenary anniversary of the birth of the Habsburg Empire and Austria’s only female ruler to date: the Empress Maria Theresa (1717–1780). Maria Theresa became empress upon the death of her father, Emperor Charles VI (1685–1740), Archduke of Austria and Holy Roman Emperor.

A loving wife, caring mother of 16 children, and hard-working absolute ruler, Empress Maria Theresa was perhaps the early prototype of the modern empowered woman. Born on the 13th May 1717, Empress Maria Theresa unexpectedly came to power at the age of 23. Although unprepared for the role of ruler, she was nevertheless driven by the four cardinal virtues: Courage, justice, clemency, and prudence. Maria Theresa managed to navigate at the helm of the Habsburg Empire for 40 years, during which time she steered her immense economically, socially, and culturally diverse territory on a highly successful course. The embodiment of both monarchic and matriarchal virtues, even during her own lifetime, the imposing empress made it difficult for historians to distinguish between the woman and the myth. 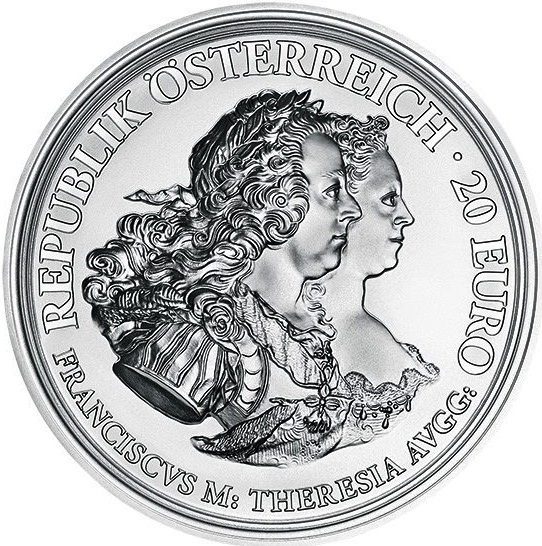 The second coin’s design, or inspiration, focuses on the second of the four elements marked by her rule: Justice. The design of each of the four coins planned in this remarkable series is based on specific historical medals made during the empress’s years on the throne. The obverse, which was created by Anton Wiedemann (1724–1792), shows the empress and her husband, Francis I. Added to the updated design are the coin’s denomination and commemorative inscription. 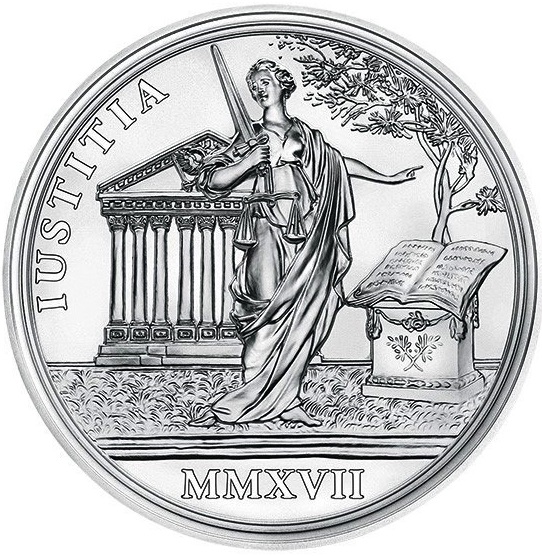 The reverse depicts the empress as the allegorical figure of “Justice” along with the word itself positioned to the left of the standing figure. The year of issue is displayed in roman numerals, MMXVII, underneath the figure. 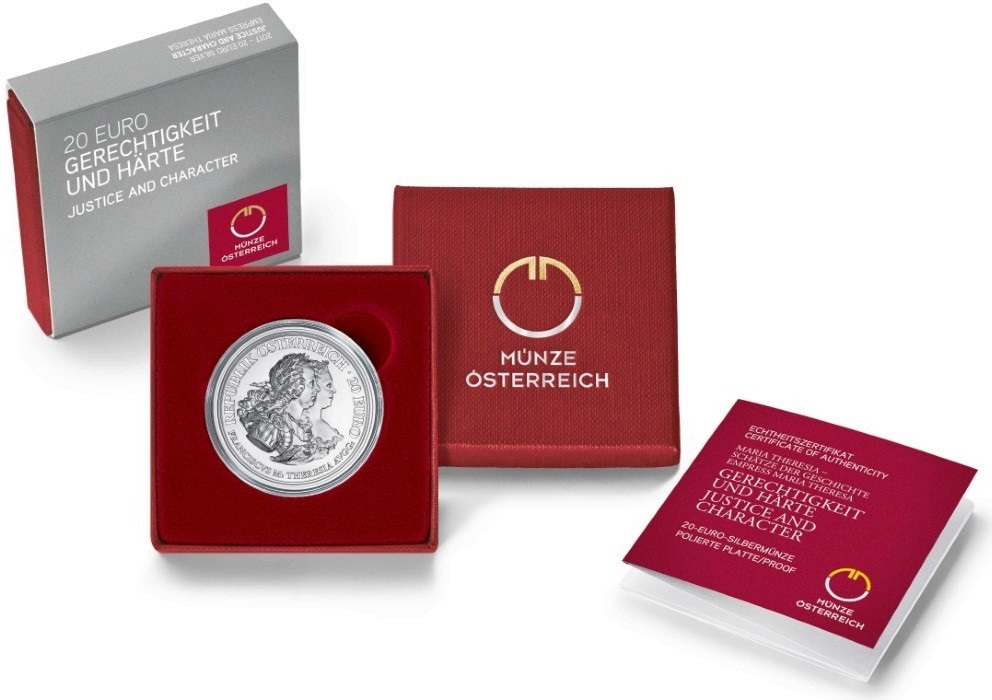 As with the first Proof-quality 20 euro silver coin in the Empress Maria Theresa series, issued earlier this year, the second coin, “Justice and Character,” is minted in extra-bold relief in a similar style to collector medals. The three-dimensional and bold relief of the series deliberately gives each coin a special antique look and underlines the multi-faceted role that the empress played in the history of Austria. Each coin is presented in an attractive case with a numbered certificate of authenticity. A custom case designed to house all four eventual coins is also available. Pre-issue ordering is available until the 8th November, with dispatch being scheduled from the 13th November. The remaining two coins in the series are scheduled for issue 3, entitled “Clemency and Faith” (25th April 2018), and issue 4, “Prudence and Reform” (3rd October 2018). For additional information on this and other coins offered by the Mint of Austria.