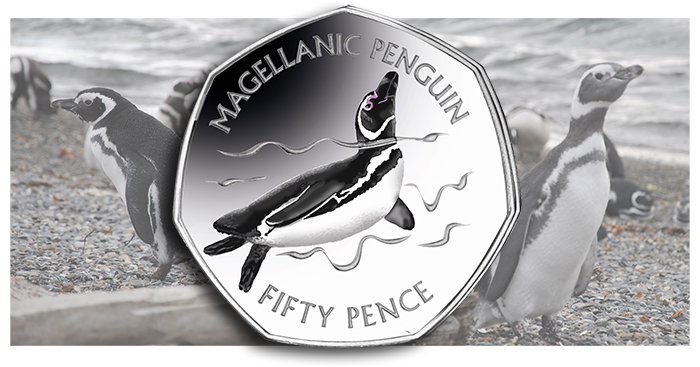 The government and treasury of the Falkland Islands have issued (11th September) their fourth and final coin in the popular Penguins Series, which included some of the different species of the flightless birds that have made the Falklands and surrounding area their home. The series consists of four coins depicting the rockhopper, gentoo, king, and now the Magellanic penguins, in colour. The Falklands refer to themselves as the penguin capital of the world, as more than one million penguins nest on the islands.

The Magellanic penguin, or Spheniscus magellanicus, is named after Portuguese explorer Ferdinand Magellan (1480–1521) and is indigenous to the Falkland Islands, where the birds nest in dense flocks. In appearance, they are similar to Humboldt penguins, with black bodies, white abdomens, and two black bands between the head and the chest. Their heads are black with a white stripe running across their “eyebrows.” In the wild, these penguins can live roughly 25 years and are known to be monogamous, remaining faithful to one partner for life; they can produce up to two eggs each year with their mate. Similarly to other penguins, Magellanic penguins take it in turns to incubate their eggs while their mate swims out to sea to feed. Their primary sources of food are various species of fish, and because those fish populations are swimming farther and farther away from the penguins’ nesting grounds, the nesting mate can go without food for several days whilst the other hunts. This, in addition to other environmental issues such as oil spills, has resulted in a population decline of about 20% within the last 20 years, and these penguins are now considered “near threatened.” 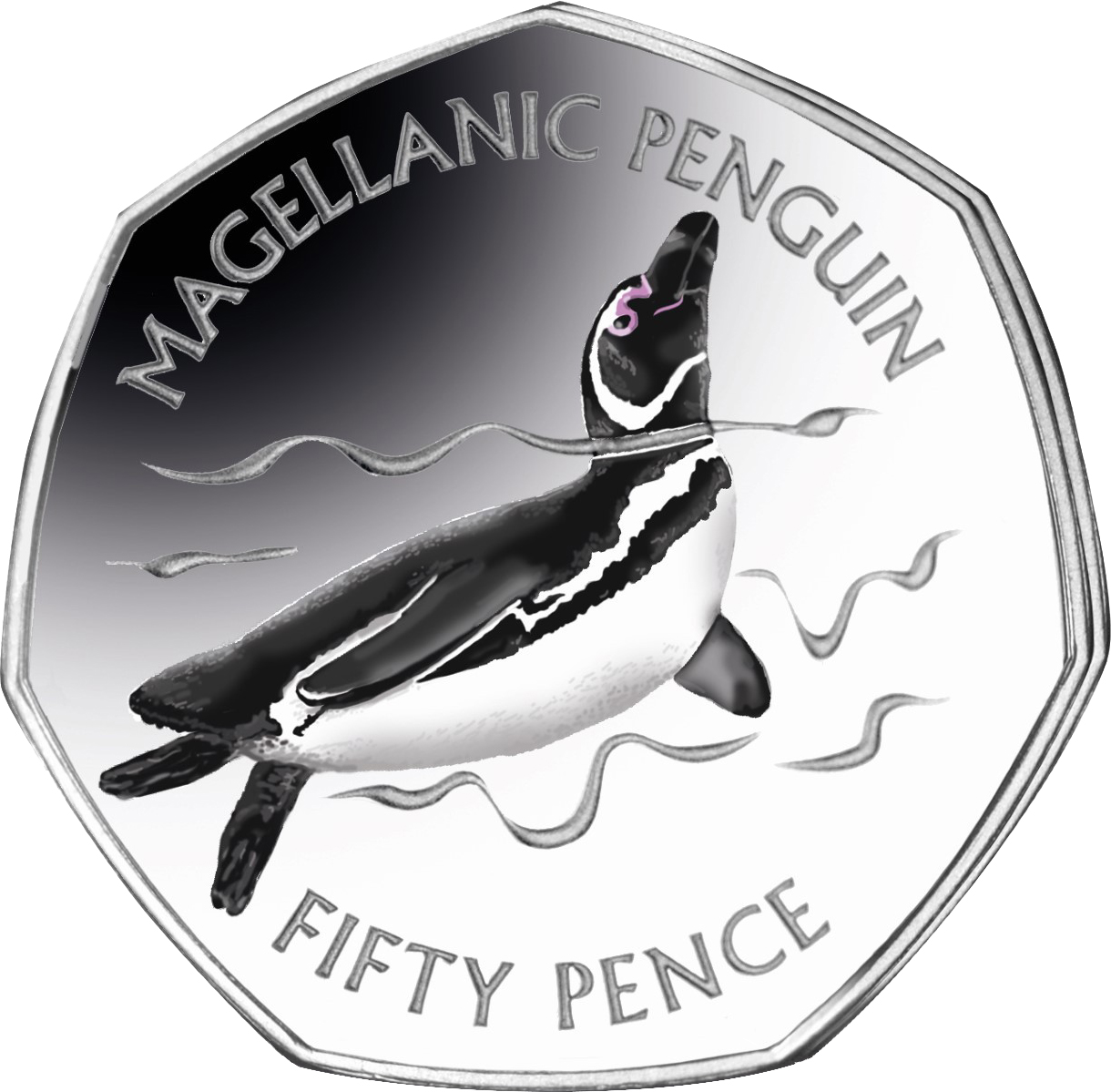 The hexagonal-shaped coin is produced by the Pobjoy Mint, United Kingdom, on behalf of the treasury of the Falkland Islands. The reverse features the vivid colour image of an adult Magellanic Penguin swimming out to sea with its head breaking the surface. 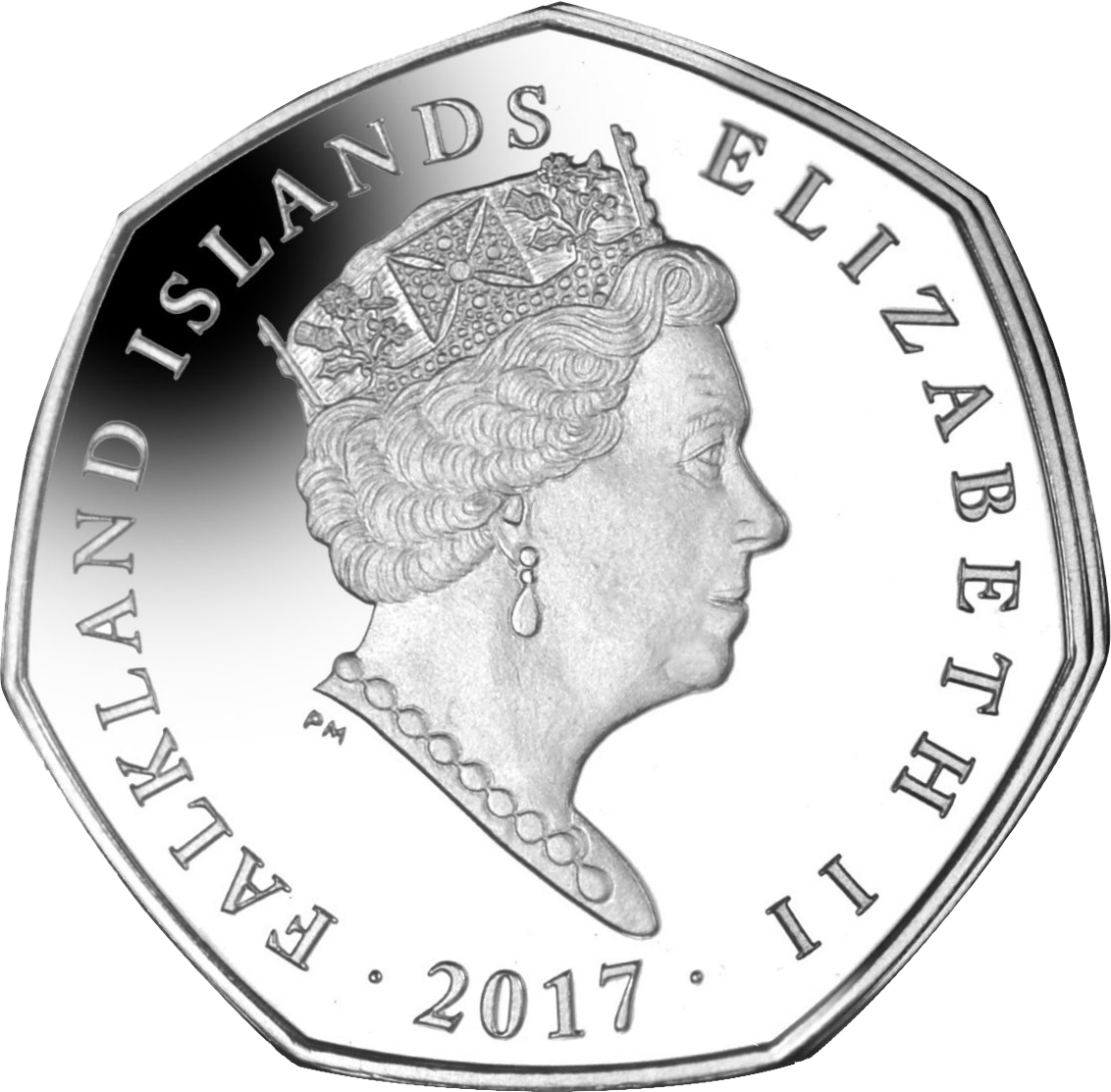 The obverse features an effigy of HM Queen Elizabeth II, which is an exclusive design from the Pobjoy Mint.

The coin is produced with a full-colour application and struck with a “diamond finish” which resembles a select Prooflike quality. Each coin is encapsulated and presented in a branded pouch. A specially produced collector’s album designed to include all four coins in the set and to provide important facts and information each penguin species, is sold separately. For additional information on this and other coins issued by the government and treasury of the Falkland Islands, please visit the website of the Pobjoy Mint. 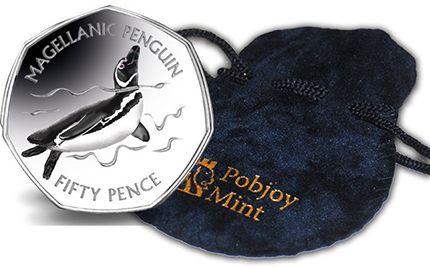 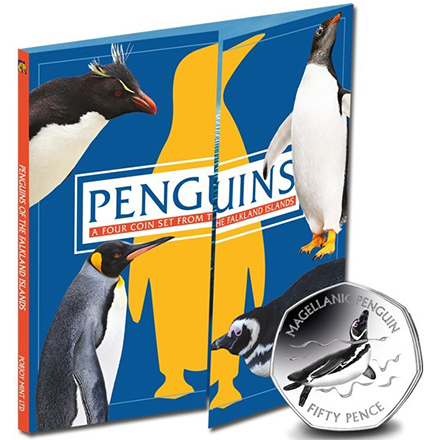