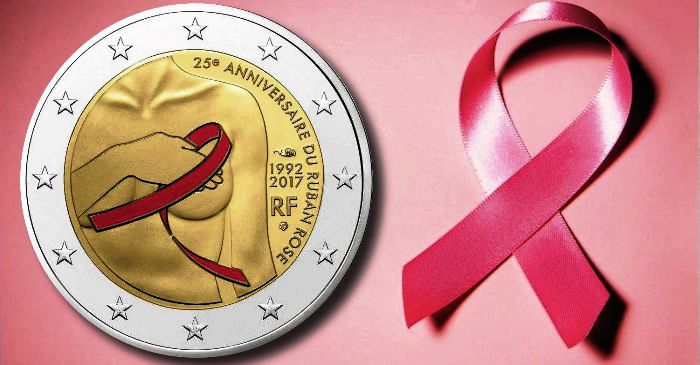 The Monnaie de Paris have launched (29th September) a new €2 commemorative coin which honours the 25th anniversary of the Pink Ribbon Foundation and what it signifies — breast cancer awareness. The Pink Ribbon Foundation was launched in 1992 as the pink ribbon itself emerged as an international symbol for those suffering from breast cancer. The colour pink has long been a representation of the feminine persona in western societies. It became a reminder, bringing attention to the need for women to learn about self-examination and to undergo further follow-up in an effort to catch breast cancer in its earliest stages. The campaign publicised that early detection could prevent many deaths and lessen the need for more aggressive treatments if detected sooner. The wearing of the pink ribbon by supporters of early detection also symbolises solidarity, moral support, and a reminder to donate needed funds to continue the research that has enabled doctors to offer advanced forms of treatment which decrease mortality rates. Pink ribbons are most commonly seen during National Breast Cancer Awareness Month, which is officially held in October.

The Pink Ribbon Foundation was co-founded by Evelyn H. Lauder (1938 – 2011), onetime senior corporate vice president of the Estée Lauder Companies, and Alexandra Penney, editor of Self magazine. Penney succeeded the magazine’s founder, Phyllis Starr, who died of breast cancer. Wanting to pay tribute to Starr, and knowing that breast cancer was nationally underfunded, she — along with her friend Lauder — created the first pink ribbons which were initially promoted to Estee Lauder customers. Lauder personally raised much of the $13.6 million that went to create the Evelyn H. Lauder Breast Center at Memorial Sloan-Kettering Cancer Centre in the United States, which opened in October 1992, and focuses on the treatment and diagnosis of breast cancer. She helped raise an additional $5 million to create an endowment to be used to fund clinical research there. 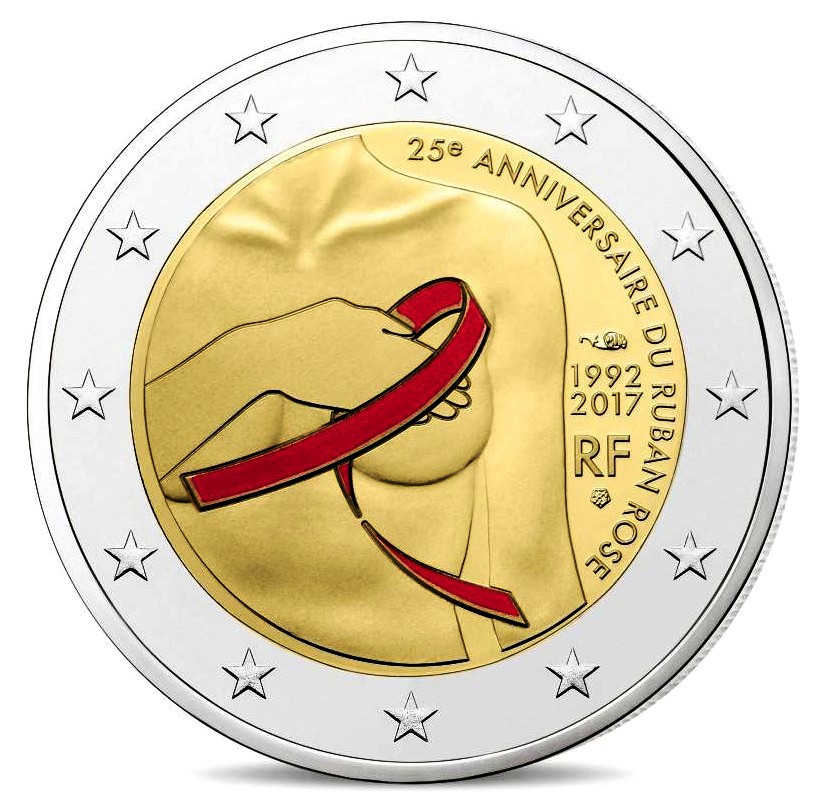 The design on the reverse of the €2 coin depicts an image of breast self-examination and the pink ribbon, which is colourised and superimposed over the depiction. The commemorative inscription around a portion of the design reflects the 25th anniversary of the Pink Ribbon Foundation and the years 1992 – 2017. 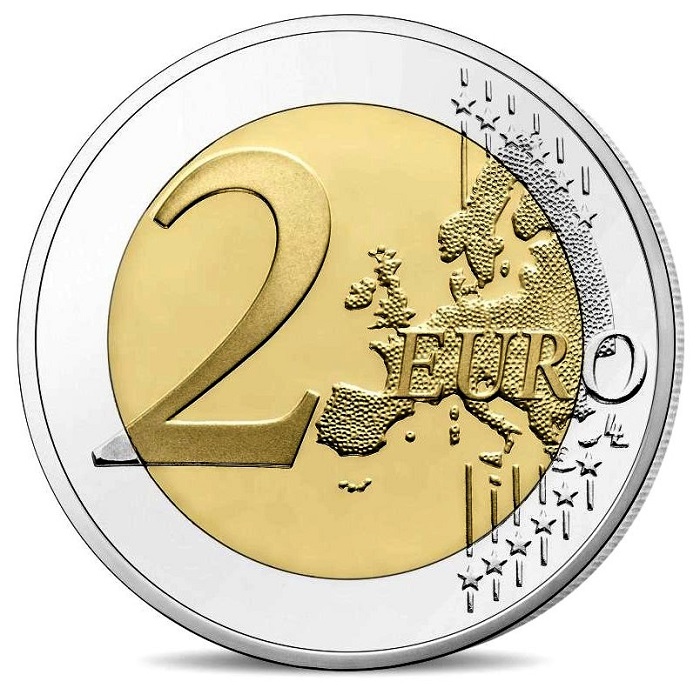 For the design of the obverse, the continent of Europe can be seen in the background with the denomination of 2 EURObrought front and centre. 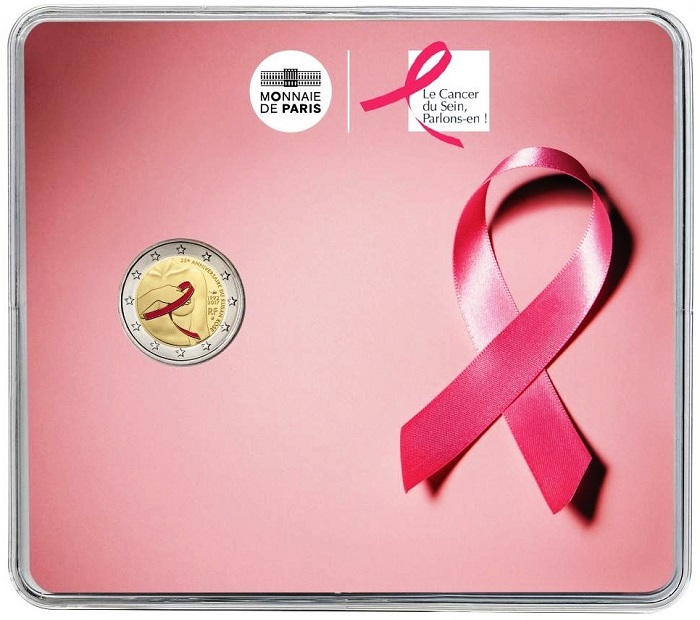 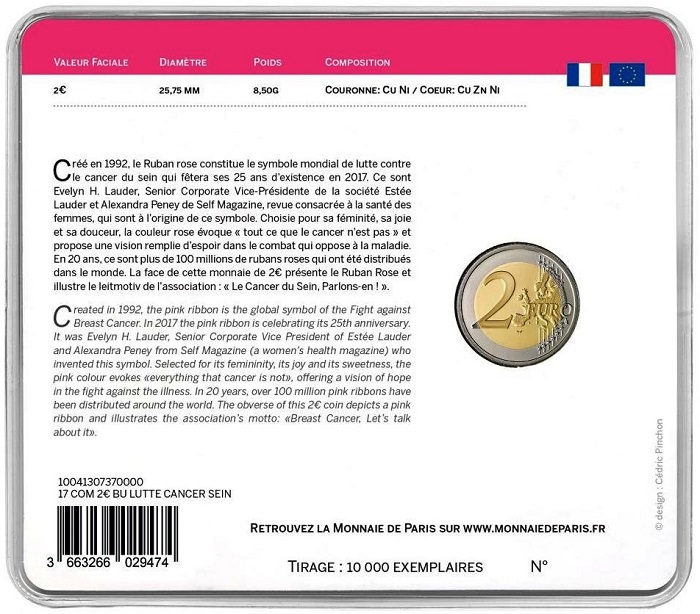