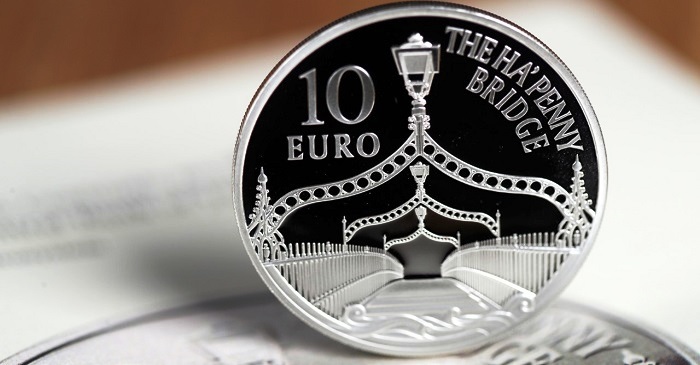 The Central Bank of Ireland debuted their latest silver collector coin which is issued in conjunction with the ongoing Europa collector-coin series. This year’s design features Dublin’s iconic and beloved landmark, the Ha’penny Bridge. The bridge, which was built in 1816 and entered its third century of service to the people of Dublin last year, was the very first pedestrianised bridge to cross the Liffey and connect the north and south of Dublin City.

The bridge, which cost a princely sum of £3,000 to construct, was to be named the Wellington Bridge after the Dublin-born Duke of Wellington, in recognition of his defeat of Napoleon at Waterloo the year previously. The name wasn’t terribly popular and many of the city’s inhabitants simply referred to the new structure as the Triangle Bridge. The bridge is 43 metres (141 feet) long and 3.66 metres (12 feet) wide, with an estimated 30,000 people crossing the footbridge daily. Presently, around 85 percent of the ironwork seen today is the original metal and has had several renovation and refitting procedures over the many years it has been in service. For 184 years it was the city’s only pedestrian bridge across the Liffey.

The bridge’s most famous name actually comes from the cost of crossing the bridge, half a penny or “ha’penny.” The toll was put in place for pedestrians and was meant to make up the difference from citizens previously having to use ferries to cross the river, the loss of which was felt by Dublin’s city council. As with the cost of living in every aspect, the price to cross eventually increased, rising to 1-1/2 pence or “penny, ha’penny.” By 1919, the toll was eventually ended altogether — the name, however, survives to this day

From around 2012, visitors to Dublin who crossed the bridge were leaving padlocks on the railings, essentially as love tokens. Citing a danger to the overall structure, Dublin City Council began removing the metal padlocks, which had added a staggering 300 kilograms (more than 600 pounds) in weight to the bridge. 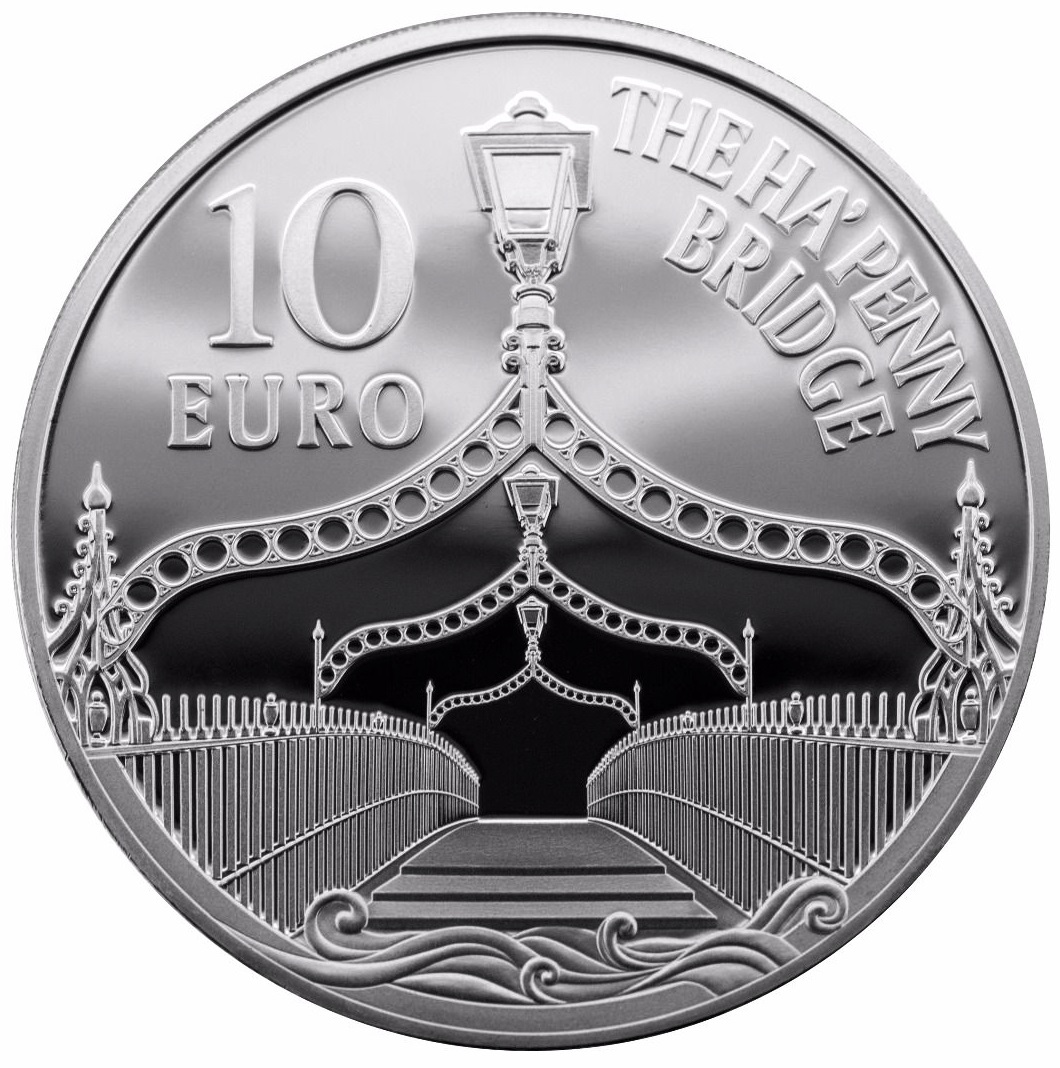 Designed by Antonella Napolione and produced by the BH Mayer’s Mint in Germany on behalf of the Central Bank of Ireland, the Proof-quality silver crown coin was officially unveiled on the 2nd October and depicts the iconic Ha’penny Bridge from an ideal perspective of a pedestrian crossing its distinctive archway. 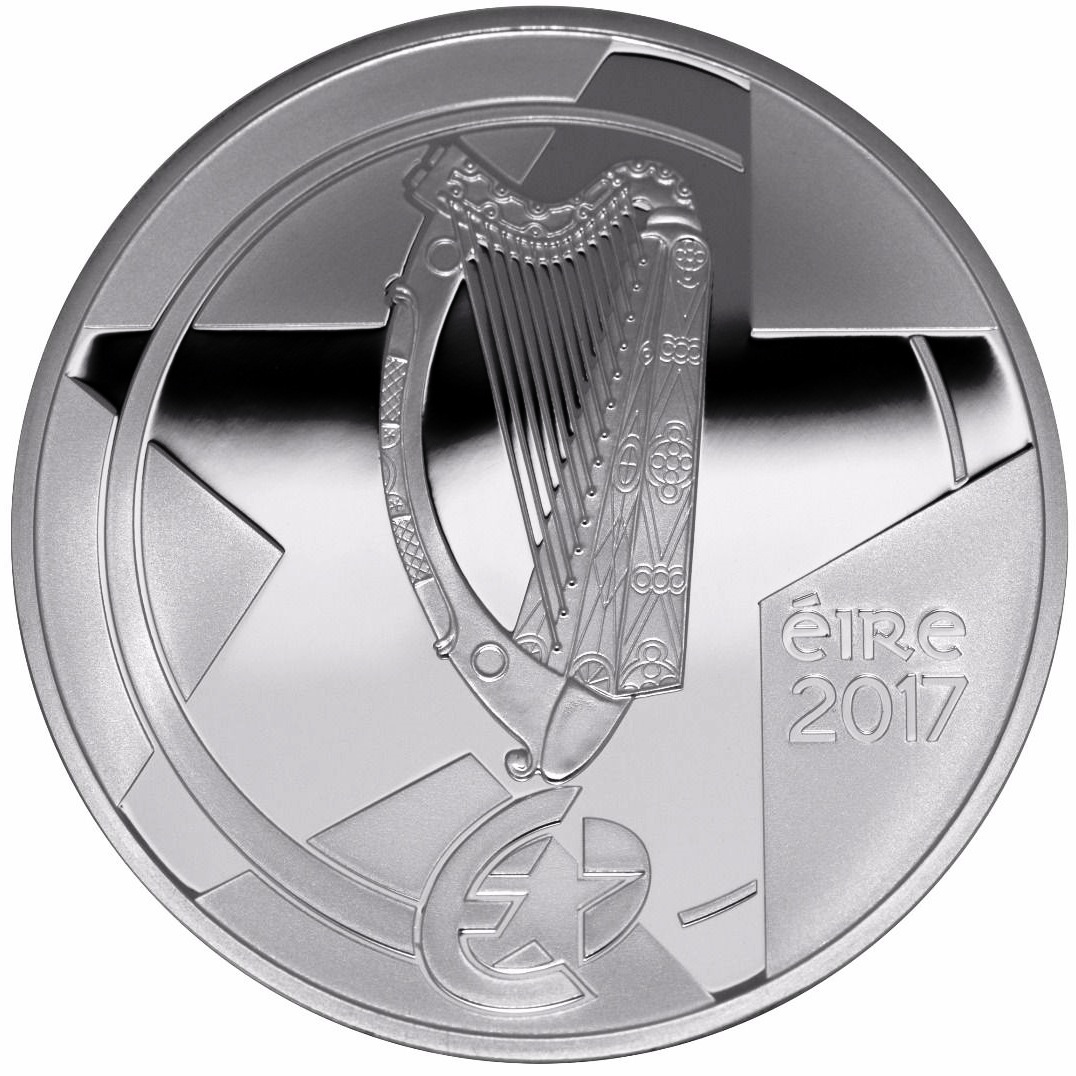 The reverse side includes the familiar image of a harp, symbol of the Republic of Ireland, with the text EIRE and the year of issue, 2017, on either side. This coin is part of the Europa Silver Star series “Great Ages of Europe” Programme, which will run from 2016 to 2020. This specific coin programme links in with euro bank notes and celebrates architecture on the €20 to €500 notes. The 2017 issues focus on “The Age of Iron and Glass,” and this coin is an expression of “An Irish Context.” 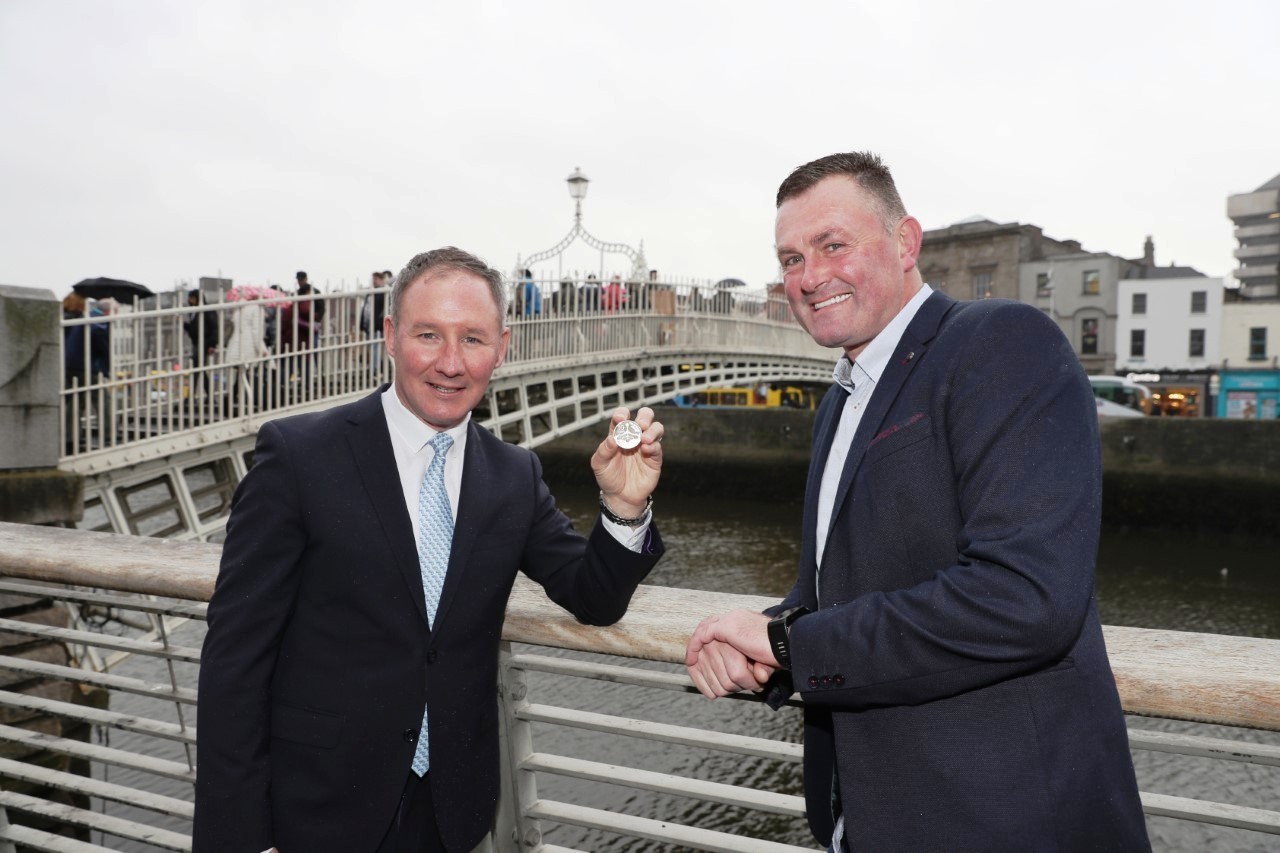 A coin has been presented to Ardmhéara Mícheál Mac Donncha, first citizen or Lord Mayor of Dublin, for display at the Mansion House. 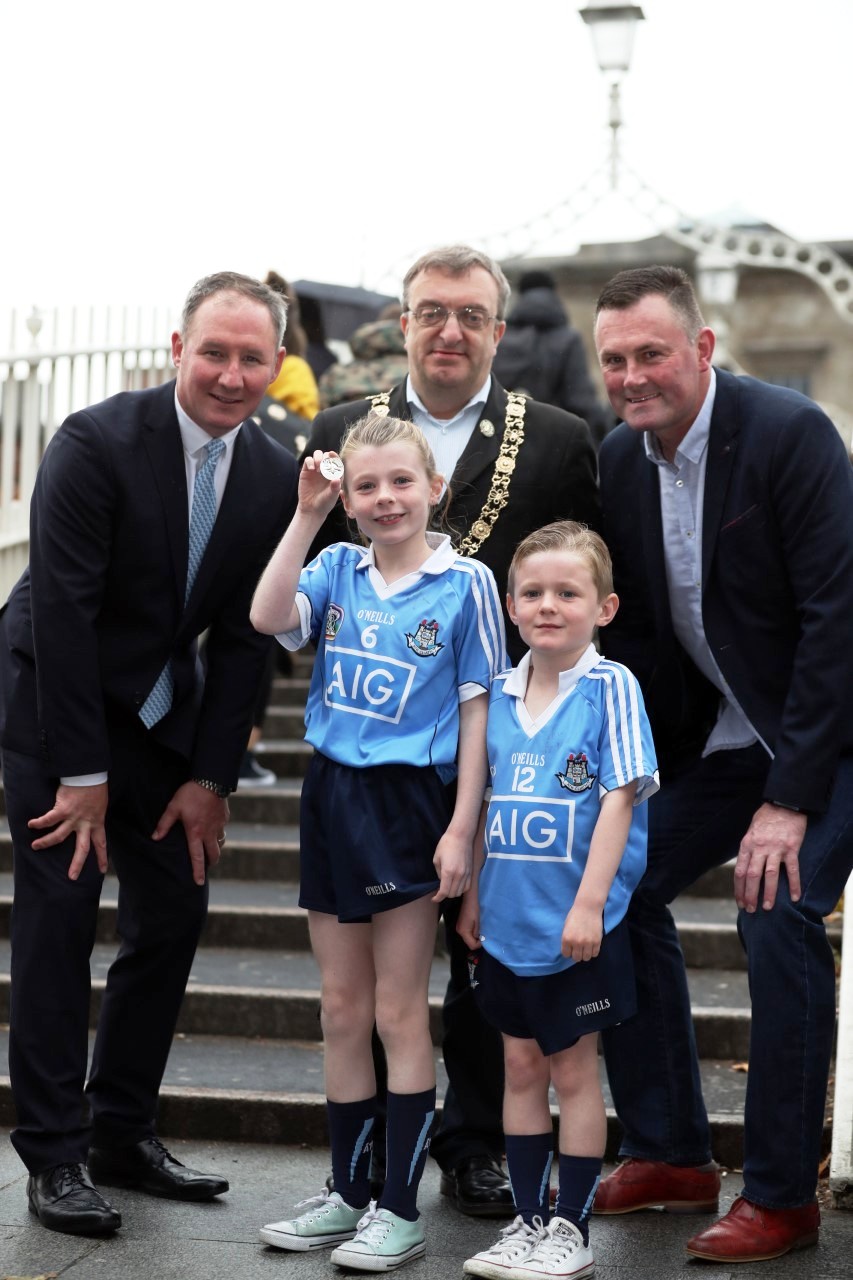 The Ha’penny Bridge coin is now available at an issue limit of 4,000 pieces. Coins can be purchased on the Central Bank’s newly launched website. Current and prospective customers can browse at length with ease of access to information about Central Bank of Ireland coins. Registered customers will have the ability to check orders and order history.