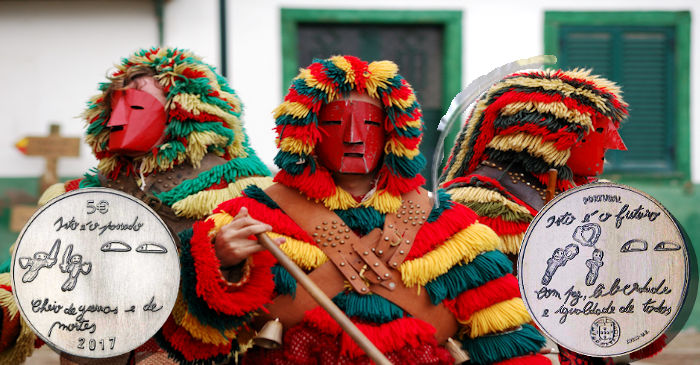 Caretos performing at the 2008 Carnaval de Podence in Portugal. Caretos are typically young men who wear wooden masks and dress in suits of vibrant colors made of fringe wool quilts. They tend to operate in groups, shout loudly, and attempt to rob wineries. The performance is one of the oldest ongoing cultural practices in Portugal, and since it is performed by the country’s male youth, it is a way of connecting the past and the future. Background image courtesy of Rosino.

The Imprensa Nacional–Casa do Moeda (INCM) have unveiled (6th September) a new coin which intends to focus on the country’s youth with a design personally created by a youngster.

According to the INCM, the demographics of collectors in the numismatic market is growing older. In order to reverse this trend and appeal to a younger demographic, the INCM initiated several programs directed to children and youth in Portugal, working in close cooperation with schools. Their intent is to mobilize students from cities across the country on a regular basis to raise young people’s awareness of their culture and heritage through the use of coins.

“The future” was the theme presented to the students to create a €5 collector coin. Guided and motivated by their teachers, hundreds of children depicted their ideas of the future with a variety of symbols. The jury awarded the first prize to a rudimentary composition by 12-year-old Martim Estanislau, who drew and wrote a design to conceptualize his perception of the continuity of time. He dismissed the present, explained the past, and announced what the future would be—peace and liberty—as expressed in his drawings. This initiative is a moving contribution to what so many Portuguese young people idealize, and it makes this contribution using the format of money to draw their interest. 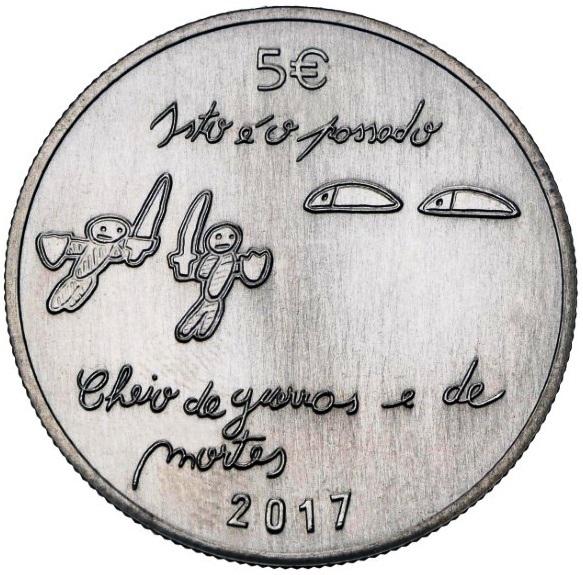 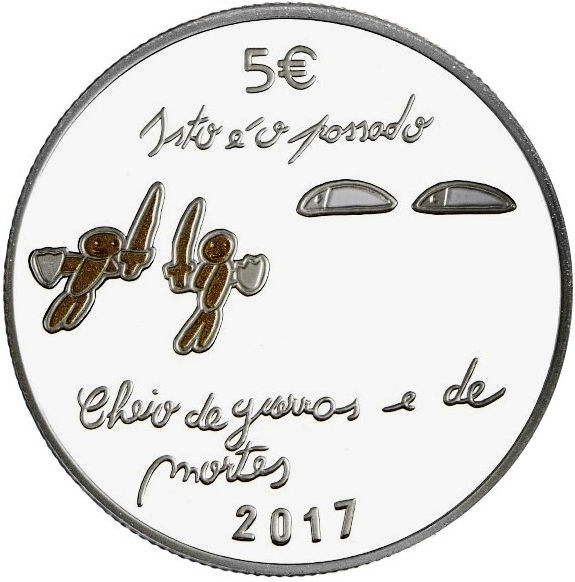 The reverse depicts two figures engaged in battle, swords in hand, and represents the past. The denomination of €5 is placed above the primary design, with the year of issue, 2017, toward the bottom. 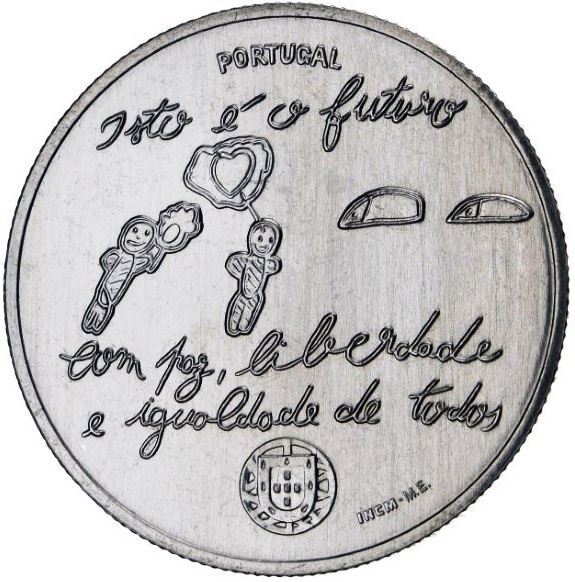 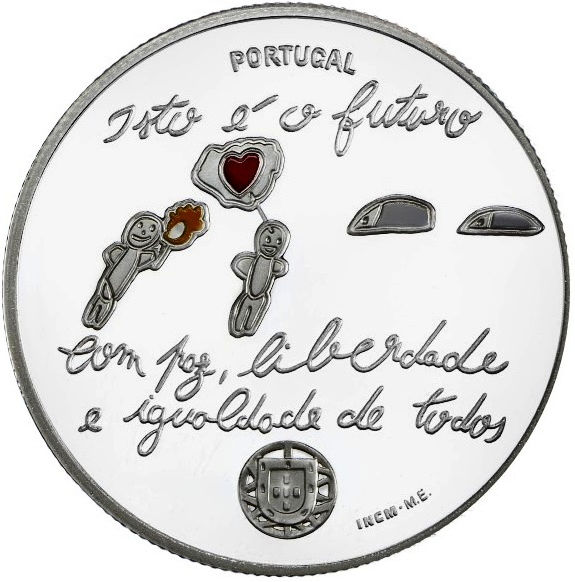 The obverse depicts two modern figures holding balloons—the young boy’s idea of peace—and represents the future. The national crest is placed below the primary design, and PORTUGAL is placed at the top.

The coins will be issued in both Brilliant Uncirculated (cupro-nickel) and Proof quality (.925 silver). The Proof editions include colour on elements of the design on both sides. For additional information on these and other coins offered by the INCM, please visit their website.